Thanks to its position in the zodiac, not to mention a hit Broadway song, Aquarius the water bearer is one of the most famous constellations. But few people actually see it because it's so faint. It is home to the summer Delta Aquarid meteor shower, which, like the constellation itself, is fairly thin and sparse. 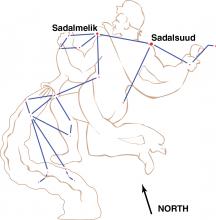 Aquarius, one of the 12 constellations of the zodiac, is best viewed during the evening skies of late summer and early autumn, when it scoots across the south and is in view all night. It is one of 48 ancient constellations listed by the Greek astronomer Ptolemy almost 2,000 years ago. It's the tenth-largest of the 88 modern constellations.

Several of its stars have names that signify luck or good fortune. The most prominent examples are the constellation's two brightest stars, Sadalmelik and Sadalsuud. The names are from ancient Arabic, and mean "lucky one of the king" and "luckiest of the lucky." The names may refer to the stars' positions. When the constellations were named, the Sun passed through this region of the sky in early spring, when the long nights of winter had passed and the new season brought life-giving rains. Aquarius is one of several "watery" constellations in that part of the sky.

The constellation is home to the globular cluster M2. It is 38,000 light-years from Earth, but is bright enough to see through binoculars because it consists of about 100,000 stars packed into a dense ball just a few light-years in diameter. 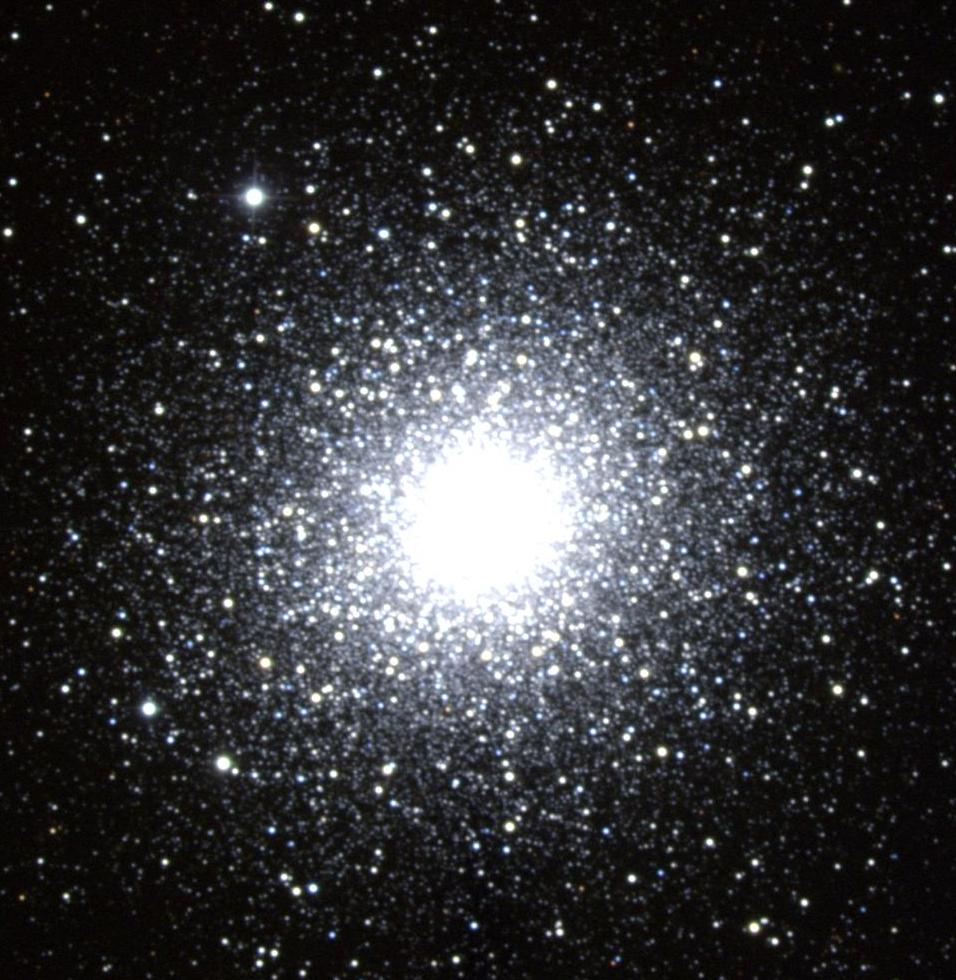 Globular cluster M2The cluster is one of the oldest objects in the galaxy, so all of its bright, heavy stars have long since expired. The brightest stars in M2 today are yellow and orange giants — stars that were once like the Sun, but that expanded and brightened as they consumed the nuclear fuel in their cores. M2 doesn't belong to the Milky Way galaxy’s flat disk. In fact, the disk didn’t even exist when M2 was born. Instead, M2 is part of the galaxy’s halo — a shell of stars that surrounds the disk.

Another of Aquarius' wonders is an obscure star system known as Gliese 876. The star itself is a red dwarf, about a third as massive as the Sun but only about a thousandth as bright. So even though it is just 15 light-years away, it is far too faint to see without a telescope. The system contains at least four planets, including one that may be one of the most Earth-like worlds yet discovered. From a tiny "wobble" in the star's light caused by the planet's gravitational pull, along with other evidence, astronomers calculate that the planet probably is about twice as big as Earth and a few times more massive. Like Earth, it's probably a rocky world. And its gravity is strong enough to retain any atmosphere it was born with. The planet isn't a likely home for life, though, because it's so close to Gliese 876 that surface temperatures reach hundreds of degrees. So if anything lives on the planet, it would have to be quite different from life on Earth.

Another system in Aquarius, K2-138, contains at least six planets. It consists of a cool orange star that’s almost as big as the Sun. Volunteers in a crowdsourcing project sorted through observations of the system by Kepler, a planet-hunting space telescope, and discovered five planets. All of them are closer to the star than Mercury is to the Sun. The project also found evidence of a sixth planet, but Kepler shut down before it could confirm the planet. Instead, astronomers aimed another space telescope at the system, which confirmed the sixth planet.