Radio’s Guide to the Universe 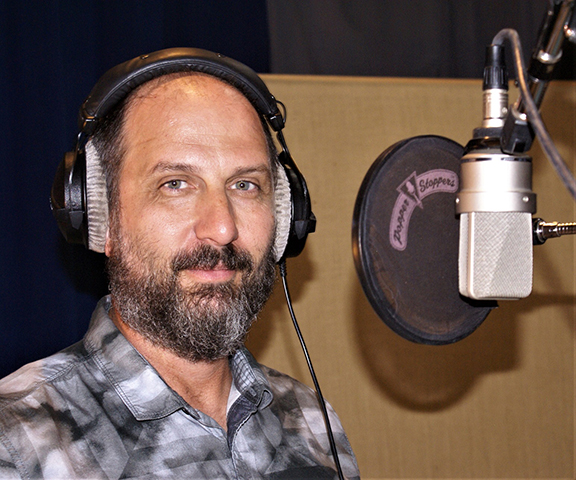 StarDate debuted in 1978, making it the longest-running national radio science feature in the country. It airs on more than 300 radio stations. It has been hosted by Billy Henry since July 2019.

StarDate tells listeners what to look for in the night sky, and explains the science, history, and skylore behind these objects. It also keeps listeners up to date on the latest research findings and space missions. And it offers tidbits on astronomy in the arts and popular culture, providing ways for people with diverse interests to keep up with the universe.

StarDate is a production of The University of Texas McDonald Observatory, which also produces the bi-monthly StarDate magazine.

The Voice of StarDate

Billy Henry, a voice talent, musician, composer, and college lecturer in Austin is the third narrator of the StarDate radio program. Read more »

More Than 40 Years and Counting!

StarDate is radio’s longest-running nationally aired science program. It began in 1977 as a daily telephone message service by McDonald Observatory. It was picked up by Austin radio station KLBJ-FM, and aired as “Have You Seen the Stars Tonight?” beginning in June 1977. With a grant from the National Science Foundation, the program became “Star Date,” and began airing nationally, seven days per week, on October 1, 1978. It quickly reached more than 1,000 stations across the country. Read more »

Io is one of the larger moons of Jupiter, the Sun’s largest planet. Centuries ago, efforts to plot its orbit revealed that light has a speed limit, and we’ll have details. Please join us for lightspeed, plus holes in the landscape and more.

A groundhog plays weather forecaster this week, and we’ll have details. Please join us for the story of Groundhog Day, plus triple twins, a disappearing act for Mars and the Moon, and much more.

The celestial unicorn follows Orion across the sky, and we’ll have details. We’ll also talk about the closest black hole to Earth and the violent death of a star. Please join us for the unicorn and much more.

Storms on the Sun could produce some stormy skies here on Earth, and we’ll have details. We’ll also explain how spacecraft that burn up during reentry could be affecting the atmosphere.

The Moon and the planets Venus and Jupiter — the brightest lights in the night sky — congregate in the west after sunset this week, and we’ll have all the details. Please join us for this bright trio, plus a faint dove and much more.

Scientists are studying two planets in another star system that appear to be covered by deep oceans, topped by steamy skies. Please join us for these odd, wet planets, plus an encounter between Venus and Jupiter, and more.