One of America’s first astronauts never flew in a NASA spacecraft, and never became a household name. Yet he was the first person to reach outer space more than once. 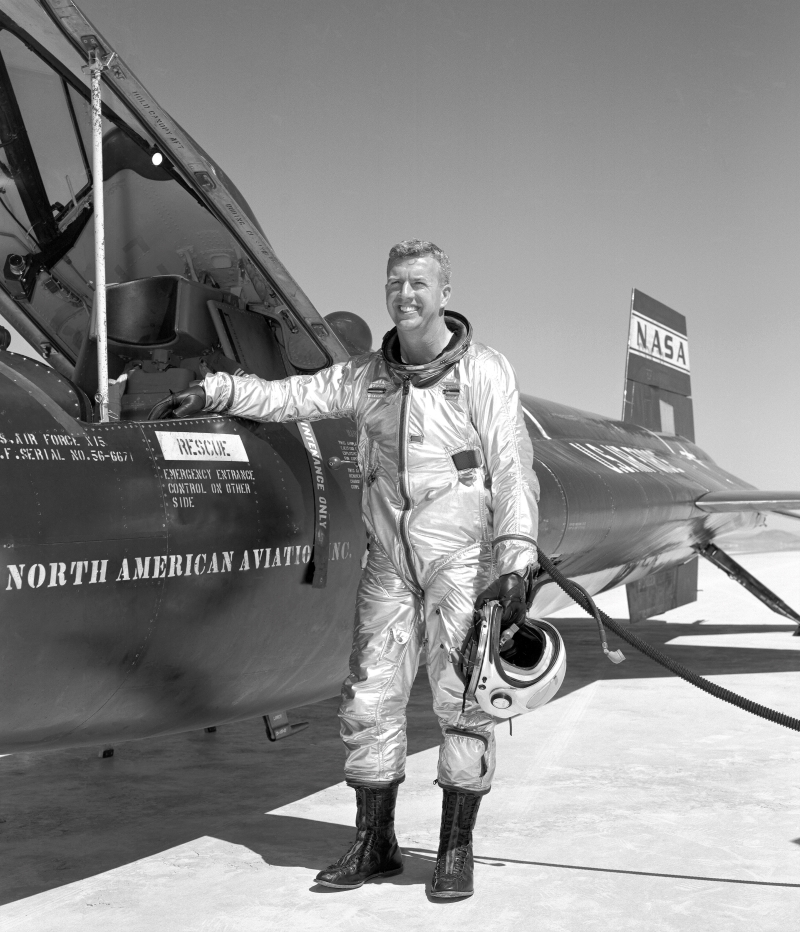 Joseph Walker poses with the X-15 Joseph Walker was born 100 years ago yesterday, in Pennsylvania. He earned a degree in physics, then flew fighters during World War II. After the war he became a test pilot for the N-A-C-A — the predecessor to NASA. Over the years, he checked out fighter jets, bombers, and rocket planes.

In 1958, after the Soviet Union launched the first satellite, the Air Force launched a program to send the first person into space. It was called Man in Space Soonest. The service picked nine astronauts to fly it, including Walker.

Soon after that, though, NASA was created, and it was given the job of sending men into space. It picked its own astronauts. And only one of the Air Force group joined NASA’s astronaut corps: Neil Armstrong, the first person to walk on the Moon.

Walker became chief test pilot for the X-15 rocket plane. In 1963, he flew higher than 50 miles three times — an altitude that met the Air Force definition of “space.” And two of those flights passed 100 kilometers — the international definition of space.

Walker died in 1966. He was flying in formation with an experimental bomber for a photo session. His fighter jet clipped the bomber’s wing, flipped over, and exploded — a tragic ending for one of America’s first astronauts.