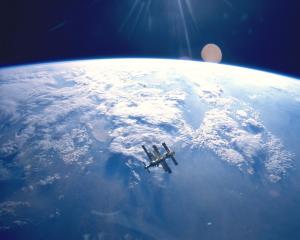 25 years ago today, space shuttle Atlantis was making history. During the 100th flight of American astronauts, it was about to dock with Mir, a Russian space station.

Links between the two space programs had been growing for several years. Another shuttle had flown around Mir earlier in 1995. And astronaut Norm Thagard had launched to Mir aboard a Russian capsule. Atlantis was going to make the first docking with the station. It would pick up Thagard and two cosmonauts, and deliver two other cosmonauts to the station. That set the stage for commander Hoot Gibson to bring the ships together.

And moments later, Gibson and Mir commander Vladimir Dezhurov embraced in the airlock.

Atlantis spent five days docked to the station. The two crews conducted a set of medical tests in a laboratory aboard the shuttle.

In all, shuttles visited Mir 10 times, before the station was plunged to Earth in 2001. And six more astronauts lived there. They conducted experiments and gained experience at living in space for months at a time. And they survived a fire and a collision with a supply ship — making history on a Russian space station. 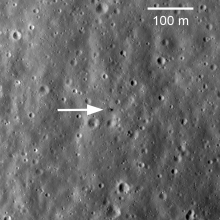