An Odd Radio Circle (ORC) shows against the background of stars and galaxies in this radio image from the MeerKat observatory in South Africa. The circle spans roughly one million light-years, and is one of only five known ORCs, which have been detected only by radio telescopes. Astronomers say such objects could be remnants of a huge explosion at the center of a galaxy, jets of particles spewing from the galaxy's center, or the result of a shockwave from a vigorous bout of star formation. [© J. English (U. Manitoba)/EMU/MeerKAT/DES (CTIO)] 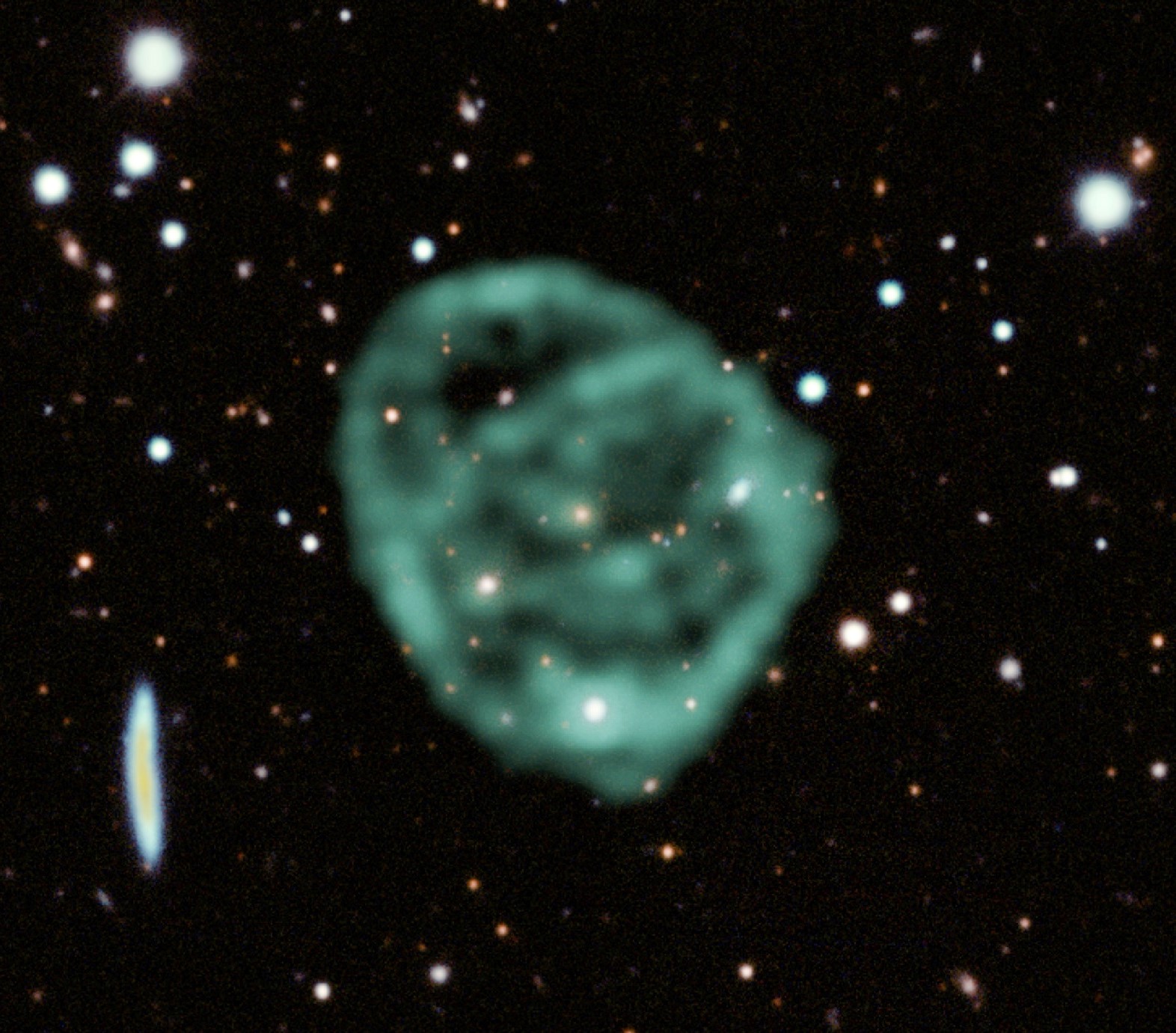