After the spectacular success of the Apollo 8 mission to the Moon, Pan American airlines received hundreds of reservations for its announced flights to the Moon (dates to be determined). Those with reservations received membership in Pan Am's "First Moon Flights" Club, which came with a commemorative card. This one is now part of the collection of the National Air and Space Museum. Alas, Pan Am folded long before it could honor any of the reservations. [NASM/Jeff Gates]

Find out more in our radio program entitled
Moon and Regulus 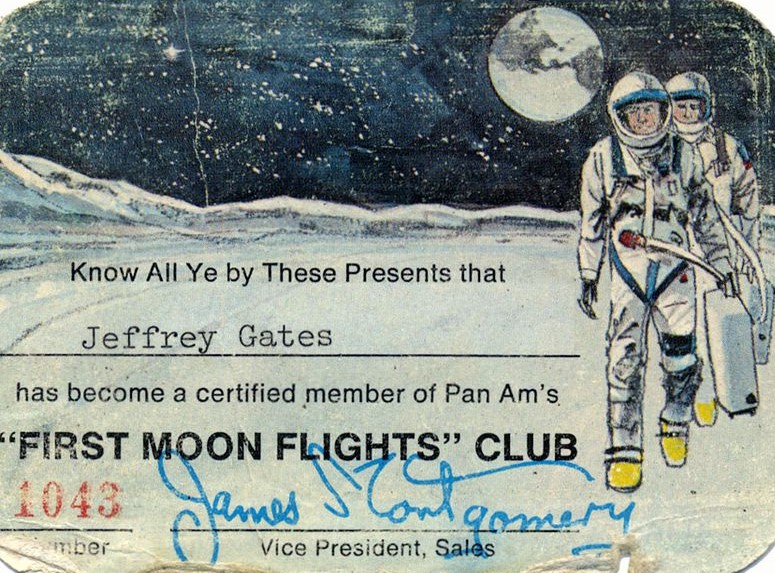