Technicians compiled this "selfie" of the Curiosity rover from a series of 57 images snapped by the Mars explorer in January. The rover was atop a feature known as Vera Rubin Ridge, using its instruments to drill into the Martian surface and analyze its composition. It is preparing to move to a new position on the flank of a mountain. The rover has been operating on Mars since August 2012, and has covered more than 12 miles (20 km). [NASA/JPL/MSSS] 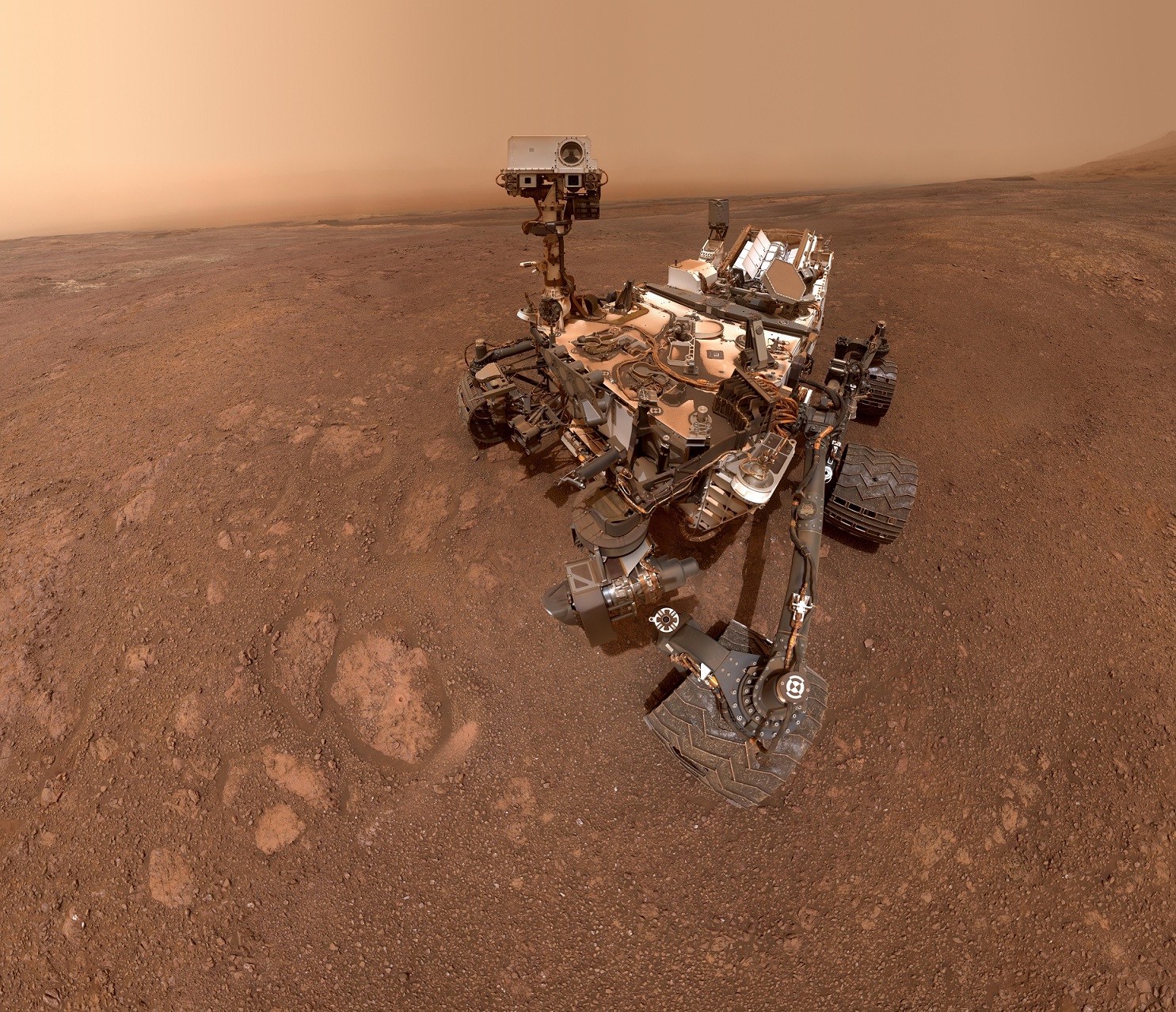