Looking Up, Looking Down

Cameras aboard the Perseverance rover snapped these images during the final moments of its descent to the Martian surface. An upward-looking camera caught the colorful parachute (the first image of a parachuting Mars lander captured by the spacecraft itself), while a downward-looking camera viewed the rover's landing site, in Jezero Crater. NASA has posted a video of the landing recorded by several on-board cameras. [NASA/JPL/ASU] 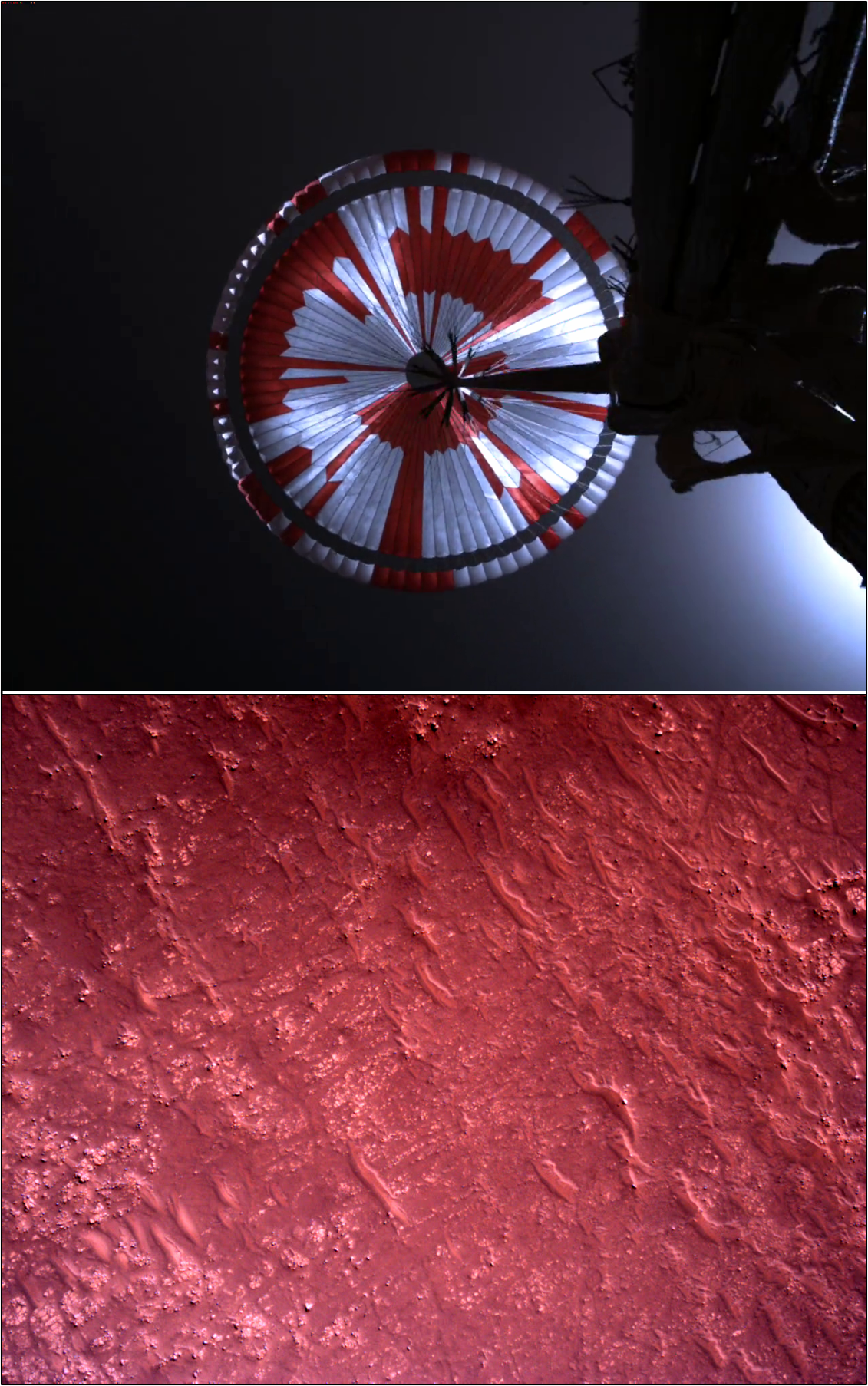