This false-color image shows the Helix Nebula, which is the last gasp of a dying star. The nuclear reactions in the star's core are shutting down and the star is expelling its outer layers into space. They form a barrel, and we're looking "down" into the barrel. This combined infrared and ultraviolet image shows several shells of gas that have been expelled at different times. Dense knots of material form streaks that are pointing toward the center of the nebula. The streaks actually aim away from the center as radiation from the dying star erodes the knots. The pink glow in the center is especially hot gas that has been warmed by the star's core. [NASA/JPL/Caltech]

Find out more in our radio program entitled
Helix Nebula 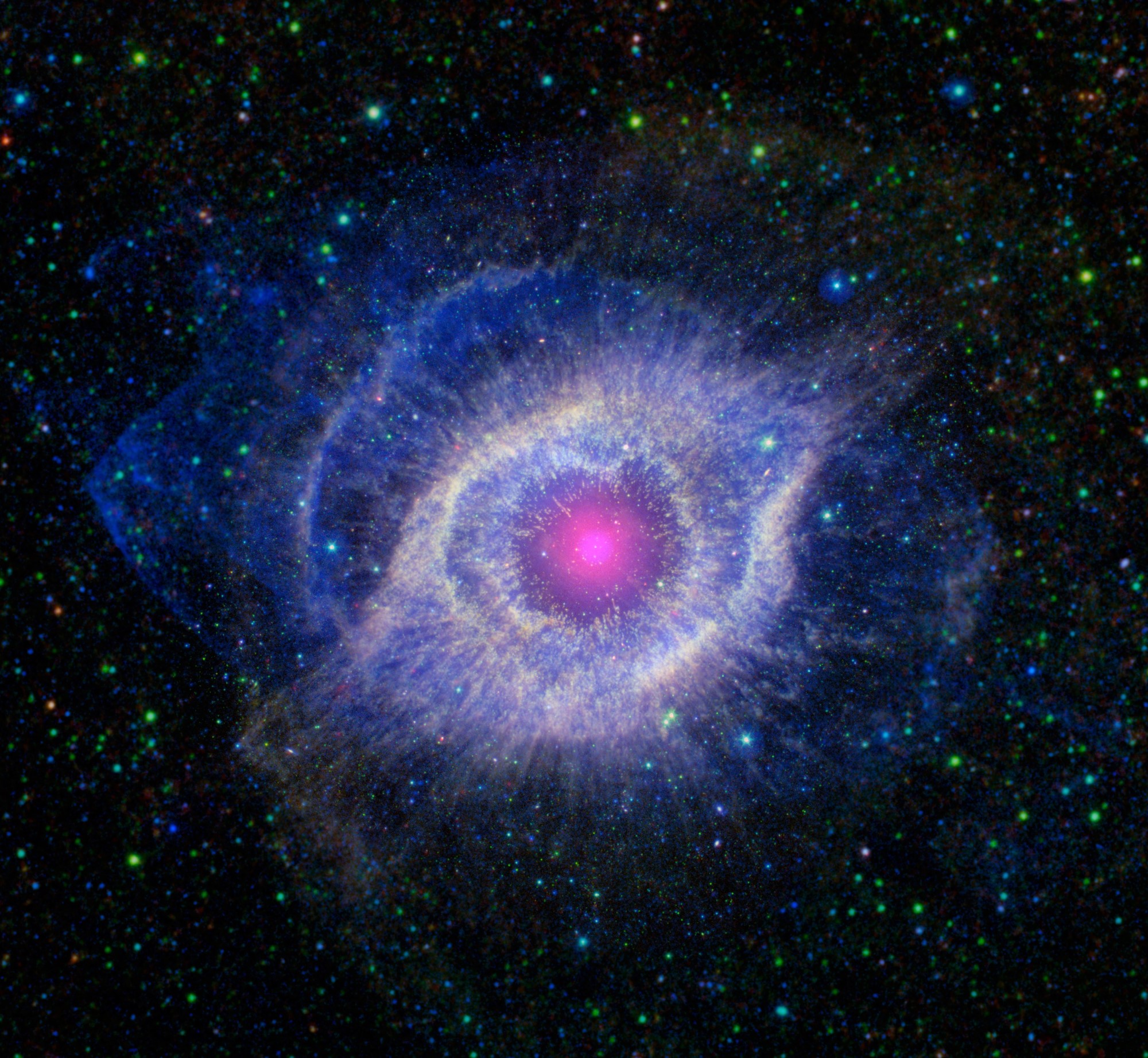