A small instrumented capsule parachutes through the thick atmosphere of Venus in this artist's concept. Known as Davinci-Plus, it's one of four solar system missions that NASA is considering for funding in the next year as part of its Discovery program. The others are another Venus craft plus missions to Io, the volcanic moon of Jupiter, and Triton, the largest moon of Neptune. [NASA/GSFC]

Find out more in our radio program entitled
New Missions 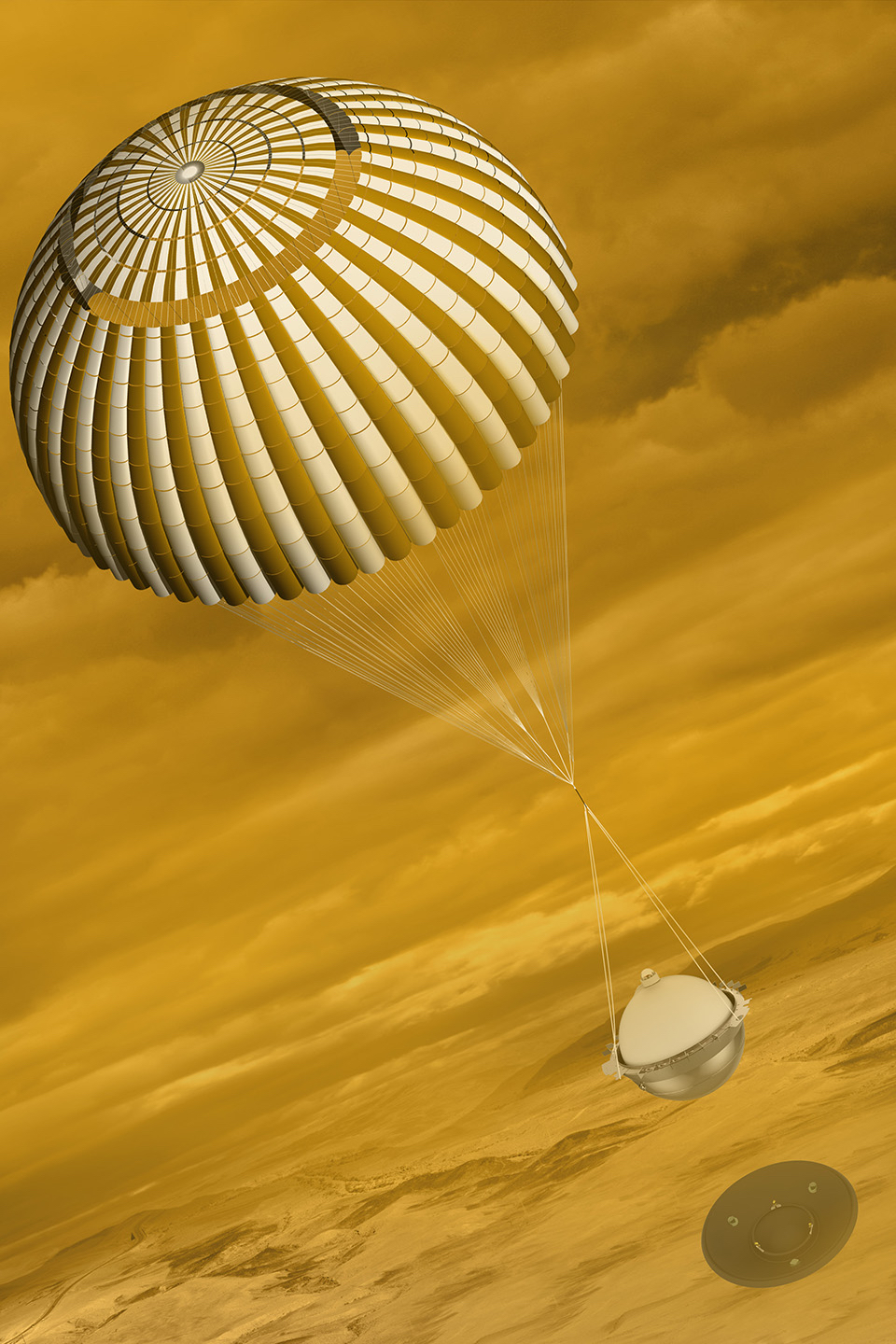