The near-death of a massive star created this vast peanut-shaped cloud of gas and dust, known as the Homunculus Nebula. It formed as one of the stars of Eta Carinae staged a powerful eruption. It expelled enough gas into space to make several stars as massive as the Sun. The expanding cloud was sculpted by a second star in Eta Carinae, which is also a giant. The original eruption made Eta Carinae one of the brightest stars in the night sky. The nebula originally cloaked the system, causing it to fade drastically. Today, however, the nebula has expanded and thinned enough to allow more of the light of the stars to shine through, so Eta Carinae is growing brighter. This image was created from ultraviolet observations by Hubble Space Telescope. [NASA/ESA/Hubble] 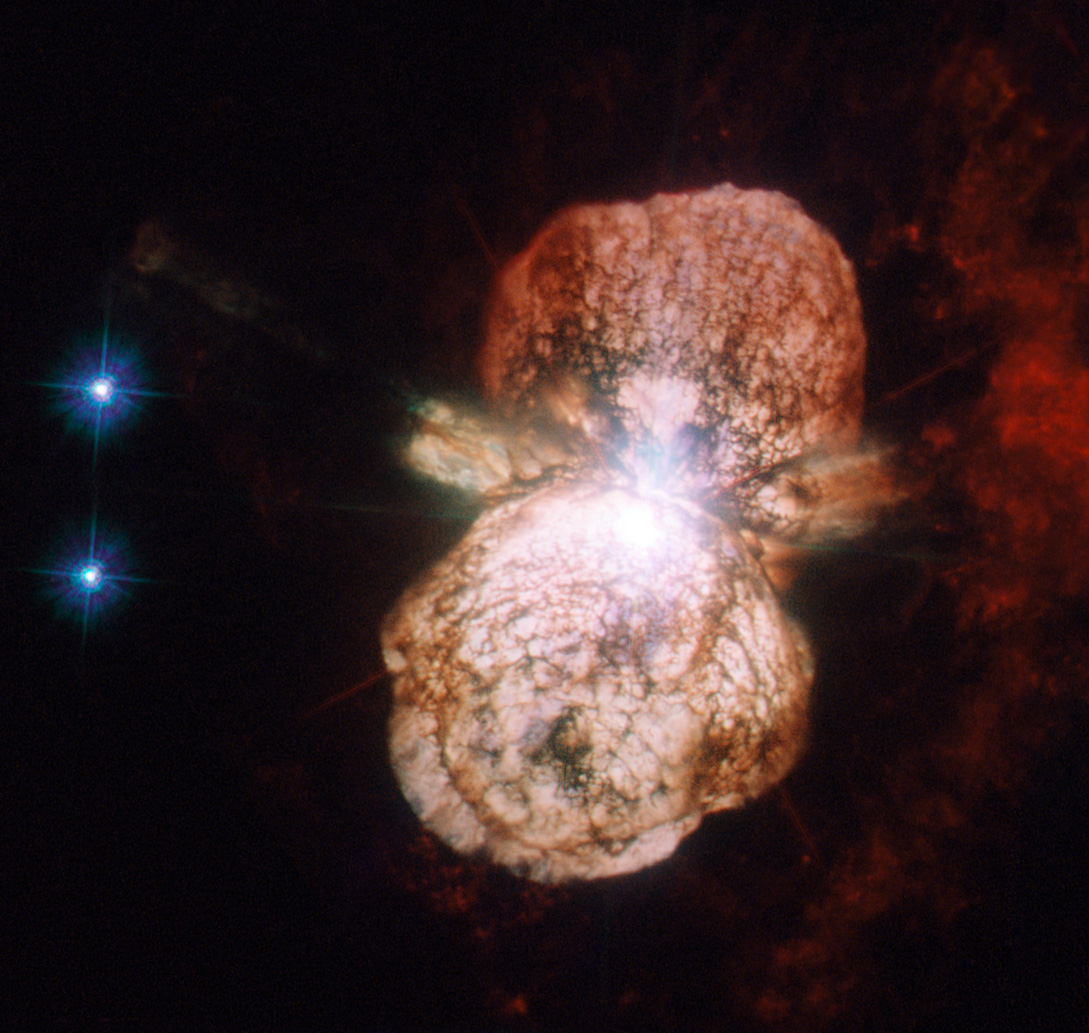