Heading for a Touchdown

Eagle, the Apollo 11 Lunar Module, heads toward the Moon on July 20, 1969. Astronaut Michael Collins snapped the image at left shortly after Eagle separated from the mothership in lunar orbit. At right, a painting depicts the craft landing on the Moon. Neil Armstrong and Edwin 'Buzz' Aldrin faced several problems during the descent, including computer errors, communications glitches, and a radar system that was taking them beyond their planned landing site. [NASA; NASA/TRW]

Find out more in our radio program entitled
Cold Calculations 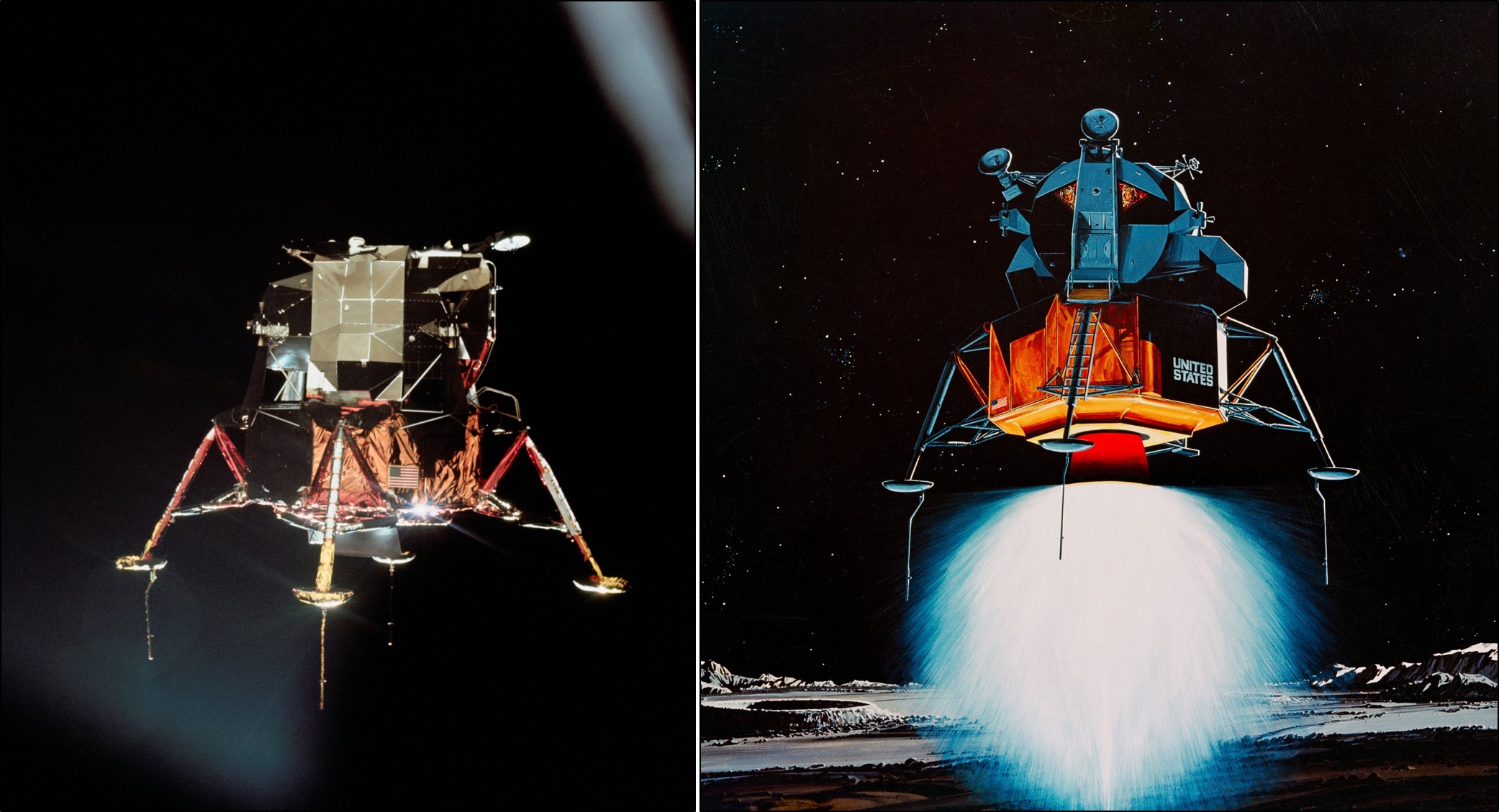