Six galaxies (the small, bright dots around the central object) are entwined in a web of gas and dust around a quasar in this artist's concept. Astronomers recently discovered the objects with a telescope in South America. We see the objects as they looked when the universe was less than one billion years old. The galaxies grow where filaments of gas and dust overlap, which is where there is the most matter for making the stars that fill a galaxy. The black hole, which is billions of times the mass of the Sun, is encircled by a disk of hot gas, so it shines as a quasar, which is one of the brightest objects in the universe. The observations show that supermassive black holes can grow in a hurry, which explains why so many quasars are seen in the early universe. [ESO/L. Calçada] 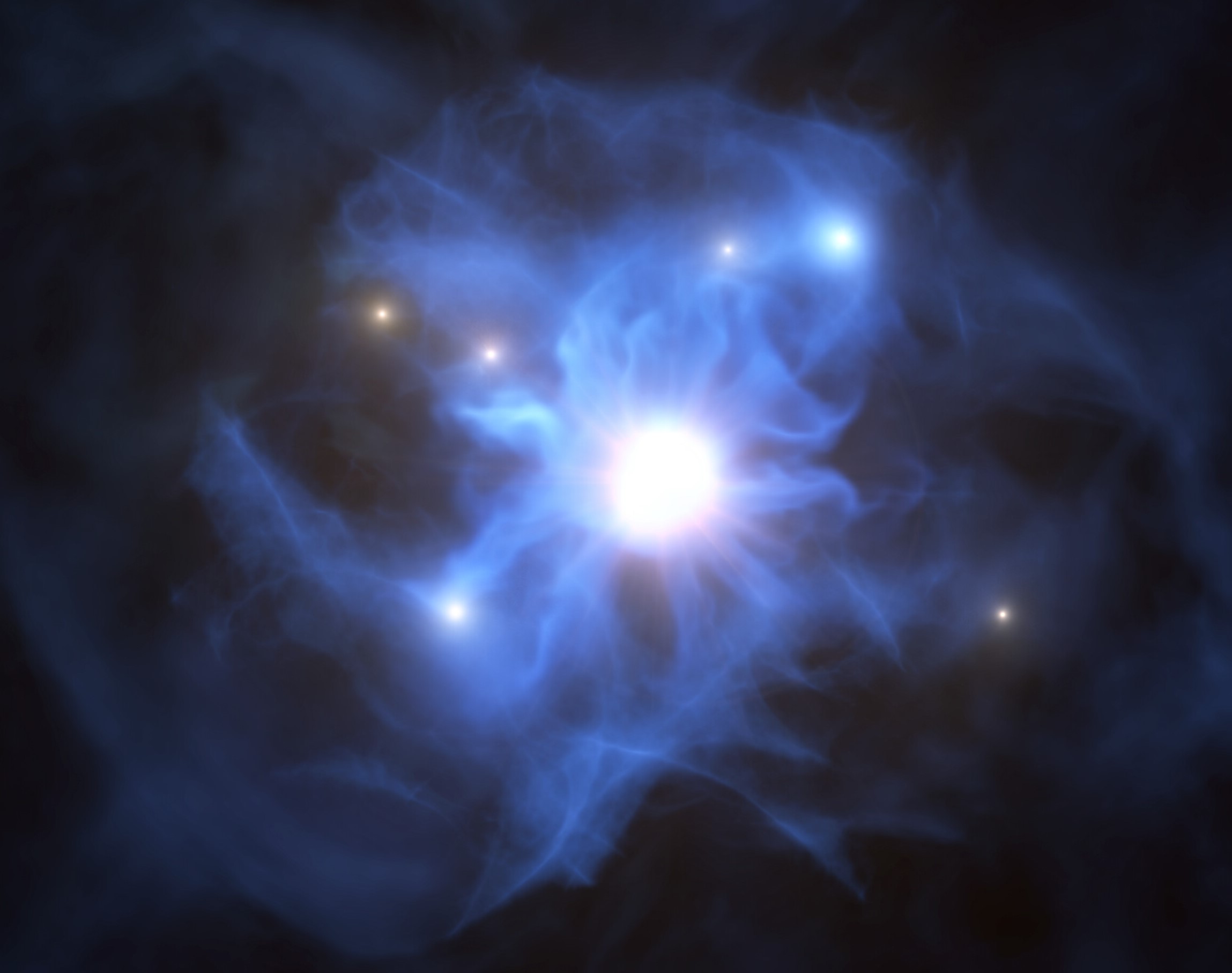