Apollo 17 astronaut Jack Schmitt walks near the rim of Shorty Crater during one of the missions three moonwalks. Schmitt and mission commander Gene Cernan spent three days of the lunar surface. Among their discoveries was a patch of orange dirt, which recent studies have shown contained a high concentration of water. Apollo 17 was the final lunar landing mission, in December 1972. [NASA/Gene Cernan]

Find out more in our radio program entitled
Final Landing 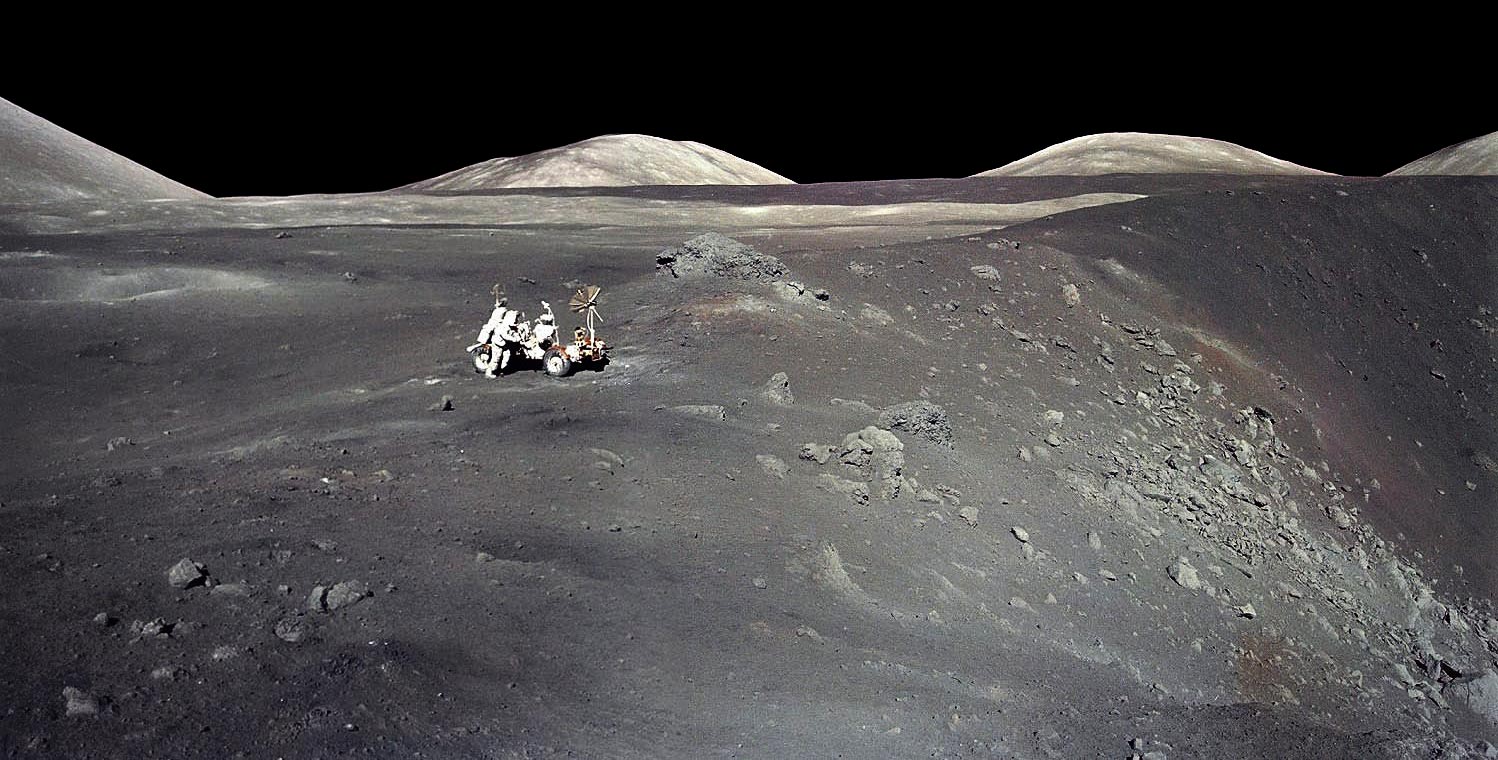 On the Edge | StarDate Online