Artemis I, the first mission in NASA's plan to return astronauts to the Moon, undergoes preparations for launch at 7:33 a.m. CDT August 29. The stack comprises the Orion spacecraft and the Space Launch System, a rocket derived from Apollo and space shuttle technology. The mission is scheduled to last for about six weeks, with Orion looping around the Moon, entering a "backwards" orbit, then following a looping path back to Earth. Although it won't carry astronauts, Artemis I could clear the way for astronauts to orbit the Moon in 2023 and land as early as 2025. [NASA/Ben Smegelsky] 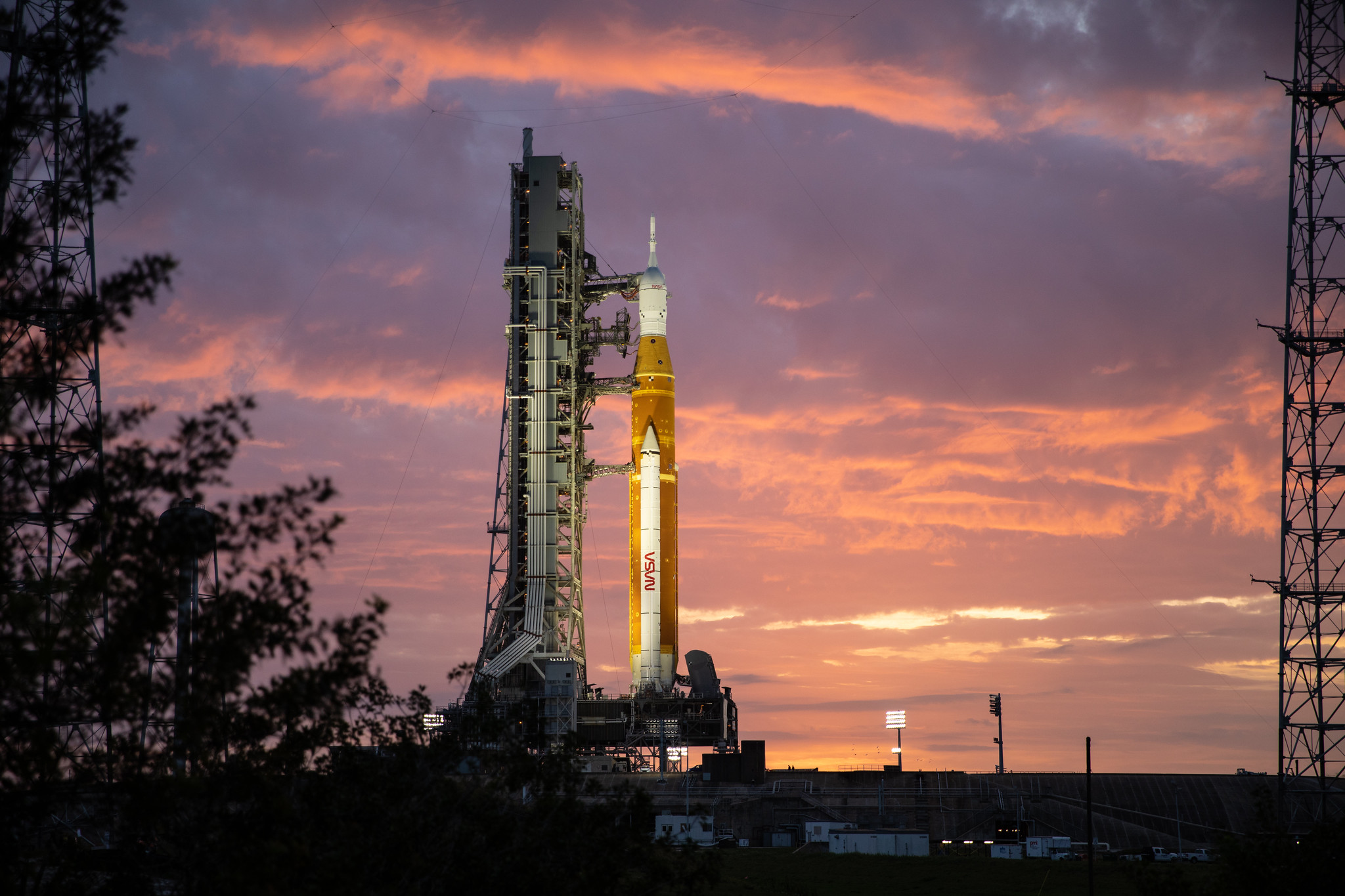