Ida, the first known moon of an asteroid, is the tiny dot to the right of the asteroid Dactyl in this enhanced-color image from the Galileo spacecraft. The little moon was discovered in 1993, when Galileo was passing through the asteroid belt on its way to Jupiter. Since then, astronomers have discovered moons orbiting more than 300 asteroids, including systems with two or more moons. Many of the moons probably were blasted off their parent asteroids during collisions with other space rocks. [NASA/JPL]

Find out more in our radio program entitled
Asteroid Moons 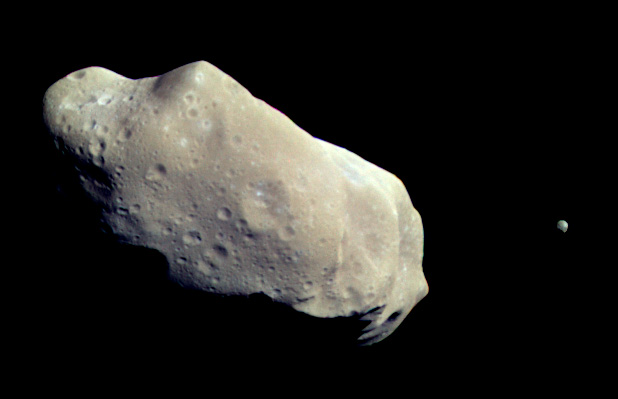