Hubble Space Telescope captured the breakup of Comet C/2019 Y4 (Atlas) in this April 23 image. The comet was growing brighter, and there was hope it would brighten enough to see with the unaided eye as it approached the Sun in May. Instead, though, it has broken apart, with Hubble capturing 25 large fragments in this image. Before the breakup, the comet's main body, the nucleus, could have measured a few hundred feet in diameter. This image shows fragments that are as small as a house. [NASA/ESA/D. Jewitt (UCLA)/Q. Ye (University of Maryland)] 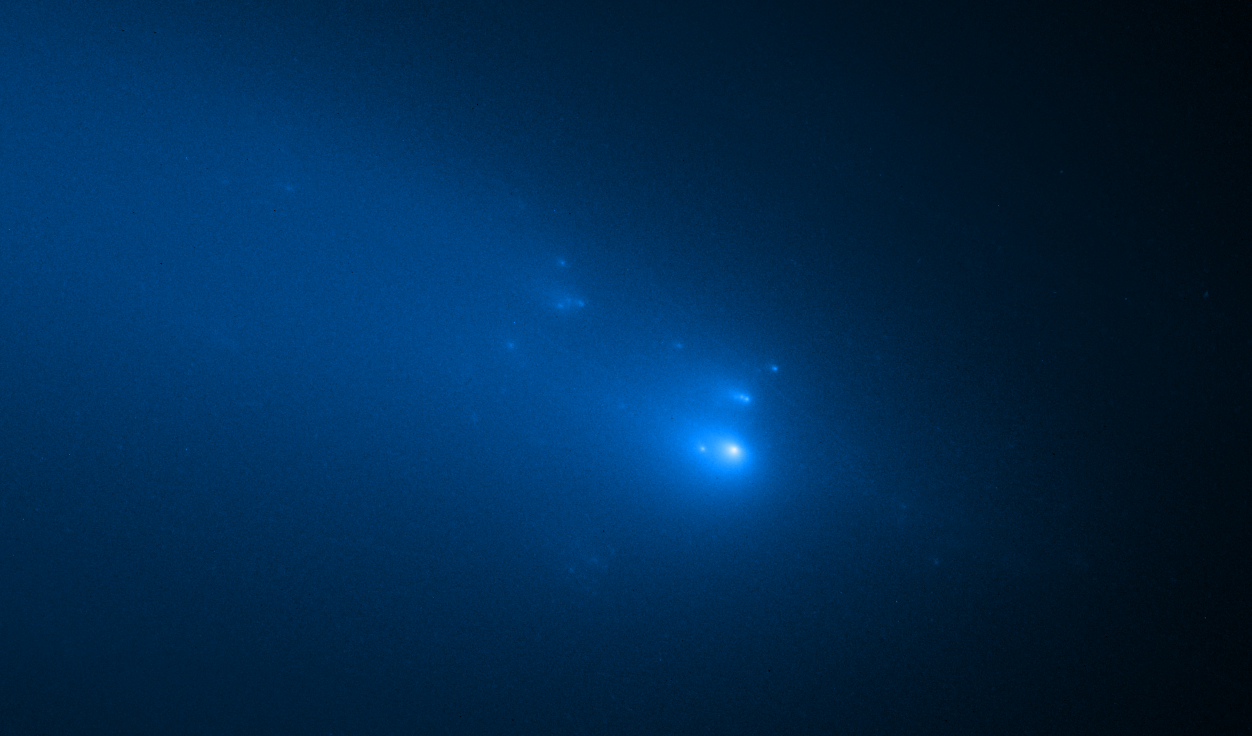