Intrepid, the Apollo 12 lunar module, prepares to descend to the Moon after separating from the command module on November 18, 1969. Astronauts Pete Conrad and Alan Bean made the second manned lunar landing, on the Ocean of Storms. Insets, from top: Bean leaves Intrepid for the first of two moonwalks; Conrad poses beside Surveyor 3, a robotic probe that landed on the Moon in 1967 (Surveyor was the target for Apollo 12's landing); Conrad with the American flag; Earth eclipses the Sun as Conrad, Bean, and Richard Gordon return to Earth. [NASA (5)]

Find out more in our radio program entitled
More Apollo 12 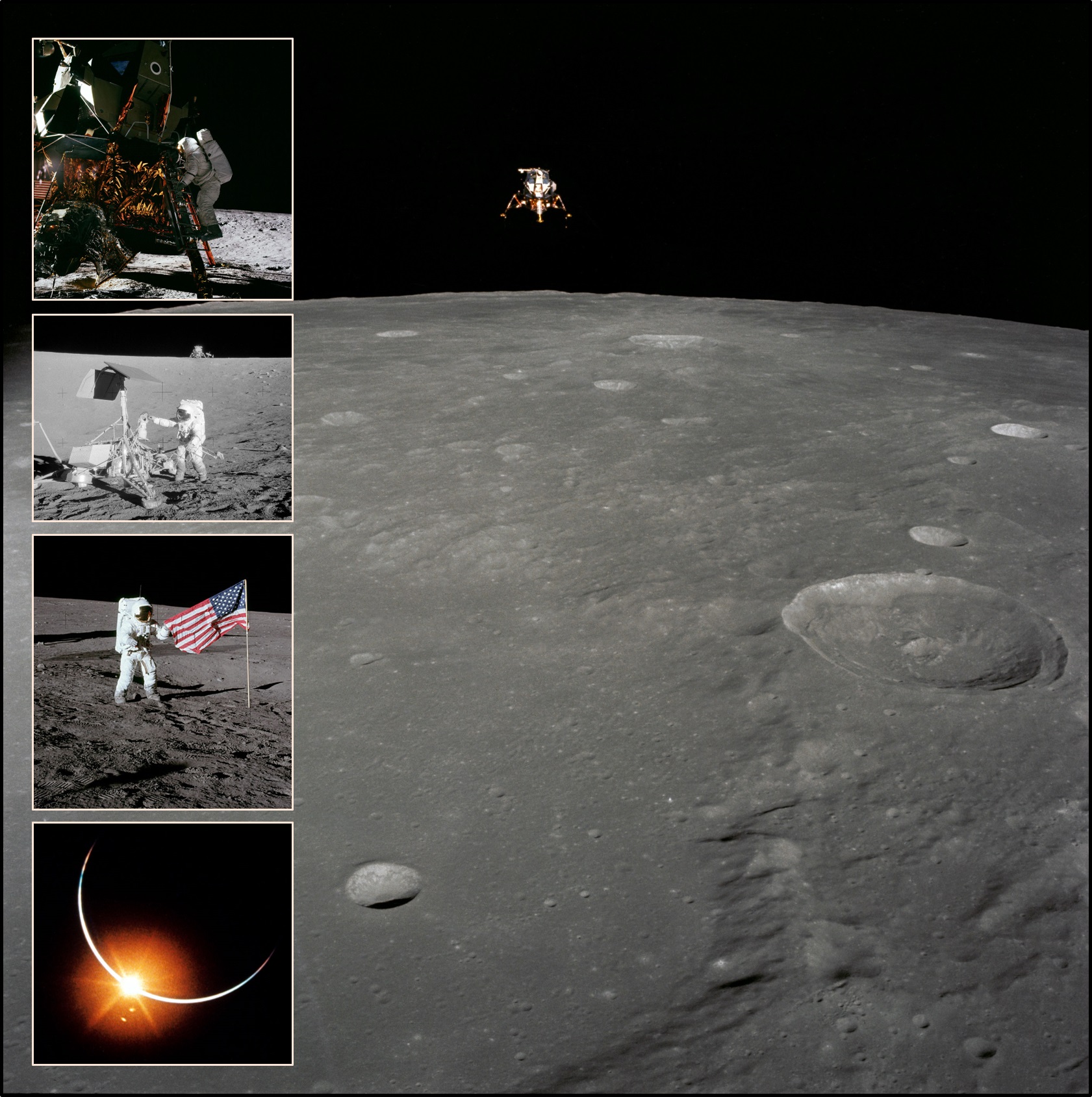