The first discovery of the Space Age was two intense radiation belts that encircle Earth. They’re called the Van Allen belts in honor of James Van Allen, the scientist who led the team that found them. And scientists are still learning about them today. 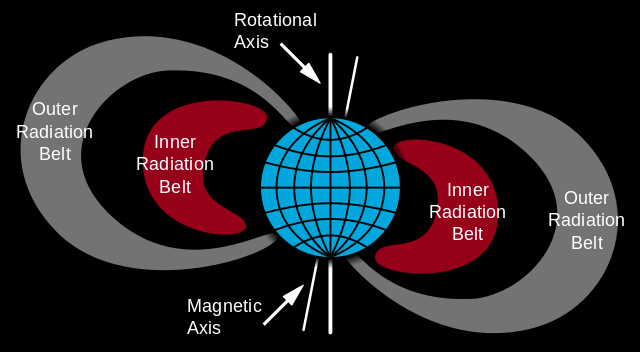 The belts contain electrically charged particles that are trapped by Earth’s magnetic field. Some of the particles come from the solar wind, while others are born from interactions between cosmic rays and Earth’s upper atmosphere.

But a pair of probes — also named for Van Allen — has found that the belts are quite dynamic — they expand, contract, and vibrate in response to storms on the Sun. At times, the gap between them can fill in, creating a single super-belt. The inner belt can expand to within just a couple of hundred miles of the surface. And the mixture of particles the belts contain can change.

Understanding the belts is important for space flight. Most satellites generally stay below the belts. But any craft that spends much time in the belts can receive a hefty jolt of radiation — enough to fry unprotected systems. So spacecraft operators need to know what to expect from the belts so they can shield their hardware — from one of the many hazards of space flight.