Every supernova is a brilliant beacon — a stellar explosion that can outshine an entire galaxy. But in recent years, astronomers have logged a few dozen supernovae that take “brilliant” to extremes — they shine anywhere from about 10 to hundreds of times brighter than a typical supernova. And theorists are still trying to understand why.

The first examples of “superluminous” supernovae were discovered more than a decade ago by Robert Quimby, a graduate student at the University of Texas at Austin. He was looking for supernovae across large patches of the sky when he discovered a couple of exceptionally bright examples. Since then, other astronomers have joined the search, leading to many new discoveries.

These super-bright explosions appear to come in two varieties. One contains a lot of hydrogen — the element that makes up the bulk of most stars. The other type shows no hydrogen.

The hydrogen-rich variety may involve a shell or bubble of hydrogen gas around the star that was expelled from the star before it exploded. If the bubble has expanded to just the right size, then the collision with the debris from the supernova could make it extremely hot. At such high temperatures, it would radiate enormous amounts of light — making it a superluminous supernova.

The hydrogen-poor variety is a bit more mysterious. Theorists have proposed several explanations — from the magnetic cores of dead stars to stellar encounters with black holes. More about that tomorrow. 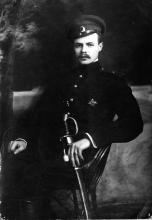