Ten years ago today, a small capsule blazed through the skies of the western United States, then parachuted to the desert in Utah. It carried a scientific treasure: tiny grains of rock and ice from a comet, plus a few possible grains of stardust — material from other star systems. 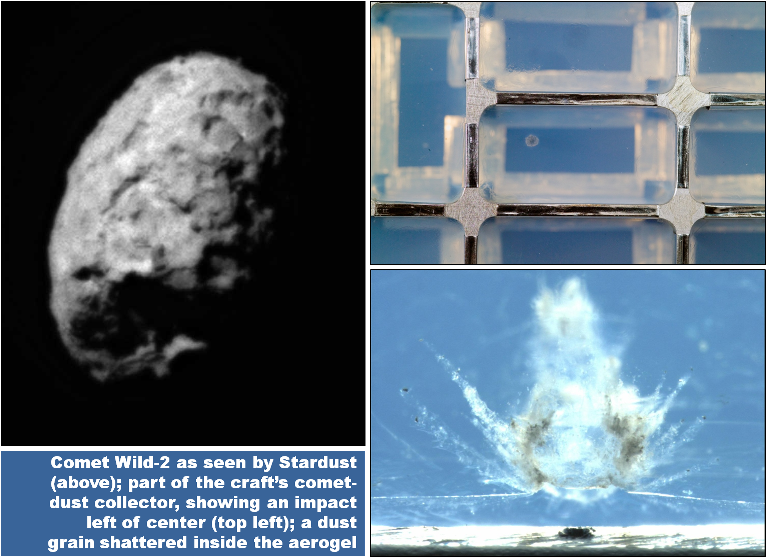 The mission was known as Stardust. It was launched in 1999, took a look at Comet Annefrank, then flew past Comet Wild 2 in 2003. It used a spongy, lightweight material to catch solid grains flying off the comet as it was warmed by the Sun. The craft then returned to Earth and dropped off the capsule with the bits of comet dust.

Scientists have spent years studying those tiny bits of material. Their work has shown that comets are a mixture of fire and ice. Much of their ice formed in the outer solar system, far from the warmth of the Sun. But the comet’s solid rock formed much closer to the Sun, in the realm of Earth and the other inner planets. Grains of this material were blown far into the outer solar system by the young Sun, where they could mix with the ices to make comets.

But Stardust’s catch included more than just comet dust. During its cruise to the comet, it also captured possible grains of material from interstellar space — stardust. These grains have a different chemical composition from the comet dust, suggesting that they came from streams of interstellar particles flowing through the solar system — tiny bits of debris from other stars.