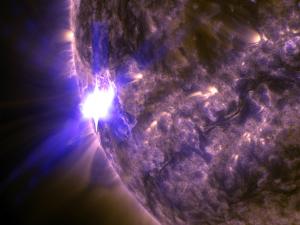 A solar flare erupts on the limb of the Sun in this 2015 image. A similar solar storm in 1967 created concerns that the Soviet Union was trying to jam American early warning radar systems. [NASA/SDO]

Fifty years ago this month, a cluster of storms rotated into view on the eastern limb of the Sun. Over the next two weeks, it produced a series of explosions and outbursts that bathed Earth in radiation and charged particles. That produced bright auroras, disrupted radio communications, and interfered with military radar. In fact, some commanders were concerned that the Soviet Union was jamming the radars — perhaps as a prelude to a nuclear attack.

Solar storms are bad for technology. They can knock out power grids on the ground, damage or destroy satellites, interfere with GPS and other radio signals, and cause other mischief.

The 1967 solar storms were some of the biggest of the 20th century. Many of their effects on Earth lasted for days or weeks. They were a particular problem for a line of early-warning radar stations near the Arctic Circle. On May 23rd, for example, the radars were looking almost directly into the Sun. The solar radio interference left the radars eating static.

And that made the military nervous. A study published last year says it prepared to launch bombers to counter a possible Soviet attack. But a new arm of the Air Force, which studied space weather, convinced leaders that the interference came from the Sun, not the Soviets. So the bombers stayed on the ground.

The incident spurred the Air Force to develop an even better system for studying and forecasting space weather — a step to help prevent any accidental “star wars.” 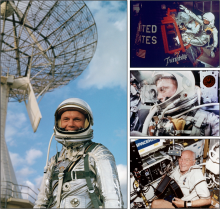