HL Tauri is like a newborn version of our own solar system, with a Sun-like star surrounded by a disk of gas and dust. 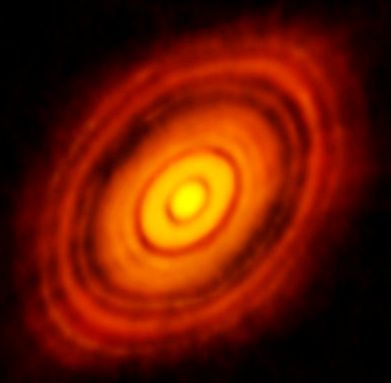 ALMA view of HL TauriA remarkable image of the system reveals bright rings and dark gaps within the disk — sculpted by planets. The planets grow by sweeping up the gas and dust around them, clearing out gaps. And the planets’ gravity causes the remaining gas and dust to concentrate in the bright rings.

This image of HL Tauri was made with a technique known as interferometry. It combines the light from two or more telescopes to create images that are as sharp as those made by a single telescope that’s as big as the distance between the individual telescopes. 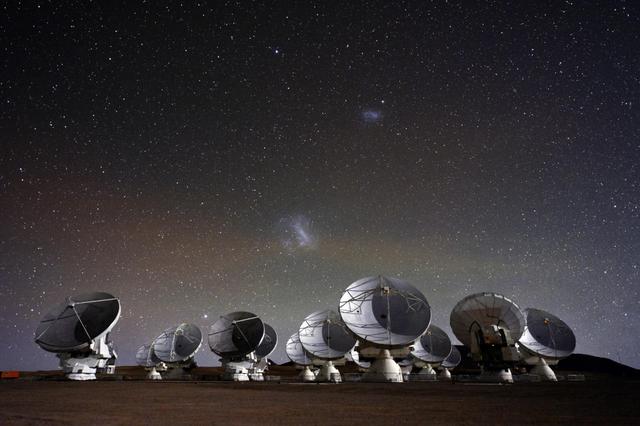 Many of the ALMA dishes shine beneath the Magellanic Clouds, two companion galaxies to the Milky Way [ESO/Christoph Malin]The picture of HL Tauri, for example, was taken by ALMA, a radio telescope in Chile. It consists of dozens of individual radio dishes that can be spread up to about 10 miles apart. That provides images that are as sharp as the view from a single radio dish 10 miles wide, but at a fraction of the cost.

A few interferometers look at visible light, which is even trickier than radio waves. We’ll have more about that tomorrow.