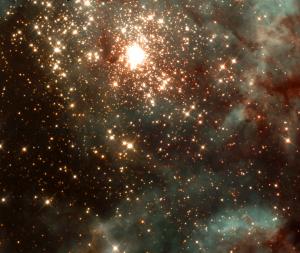 A brilliant cluster in the Large Magellanic Cloud, a companion galaxy to the Milky Way, is home to many young, hot, massive stars, including the most massive yet seen. The cluster, R136, is part of a larger complex of stars and gas known as 30 Doradus. This complex has given birth to thousands of stars in the last few million years, with more still taking shape. Its most impressive star, R136a, may be 250 times as massive as the Sun. [NASA/J. Trauger/J. Westphal]

The heaviest known star is a bit of a mind-bender — it’s more massive than most models of star formation allow.

The idea of a stellar weight limit is pretty simple. It says that as a growing star adds more material, its surface gets hotter. That produces more energy and a stronger “wind” of charged particles blowing into space. At a certain point, the wind and radiation should push away any more in-falling gas, preventing the star from getting any heavier. And in the modern-day universe, that limit should be about 150 times the mass of the Sun.

But a star known as R136a1 appears to tip the scales at more than 250 times the Sun’s mass. The star is a member of a cluster in a nearby galaxy. The cluster contains several stars that are among the heaviest ever seen.

R136a1 is not only the most-massive of those stars, but it’s also the brightest. If you add up all wavelengths of light, it’s more than eight million times brighter than the Sun. It emits as much energy in just four minutes as the Sun does in an entire year.

The star is so hot that it’s blowing itself apart. In its two-million-year lifetime, a powerful wind has whisked about 50 Suns-worth of material off of its surface.

R136a1 is likely to expire in a few million years — but no one is sure just how. It could produce an especially powerful explosion, or collapse to form a black hole, or do some combination — more mind-bending uncertainty from the heavyweight champion of the stars. 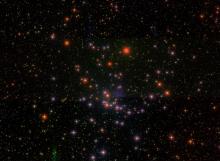 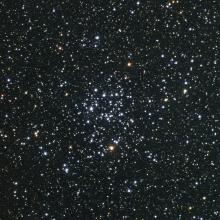 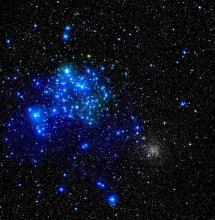