When Albert Einstein completed his theory of general relativity, only a few people in the world understood it. In fact, the first person to solve Einstein’s equations wasn’t Einstein himself. Instead, it was a fellow German scientist, who at the time was serving in the German army.

Karl Schwarzschild was the director of the Astrophysical Observatory in Potsdam — the top job in German astronomy. And he was interested in the emerging field of general relativity — a theory of gravity.

When war broke out in 1914, the 41-year-old Schwarzschild quickly volunteered for military service. He became an artillery officer, and served on both fronts.

But during breaks he continued his research. And when Einstein completed his theory in November of 1915, Schwarzschild dove into the equations — and came up with the first solution.

Among other things, his work demonstrated that any mass that was small enough and heavy enough would collapse to a single point. Its gravity would be so strong that nothing could escape its grip. In today’s language, the object would become a black hole.

Schwarzschild published a couple of other papers in 1915 as well. By then, however, he was suffering from a skin disease that he’d contracted on the Russian front. He was released from service in March of 1916 — but it was too late. Schwarzschild died on May 11th — 100 years ago today.

We’ll talk about another astronomer who served on the Russian front tomorrow. 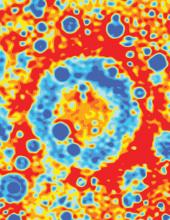 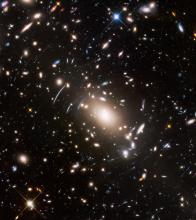