Based on the number of novels, movies, and TV shows about it, you might assume that traveling through time is as easy as ambling through the park on a sunny day: Just build a TARDIS or soup up your Delorean and off you go on new adventures in time and space. 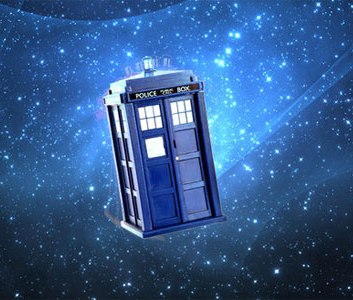 Time Lords may be to travel through time at will, but the rest of us are limited by the laws of physics [BBC]Alas, the arrow of time moves in only one direction. It allows you to travel into the future, but road blocks seem to prevent any method that scientists can envision for traveling in the other direction.

Wormholes, for example, are theoretical “tunnels” through space and time that seem to allow travel to other times — past or future. But there’s a problem: The wormhole may collapse as soon as anything enters, whether it’s a person, a spaceship, or even a radio transmission.

Another possibility for traveling into the past is moving really fast. Albert Einstein’s theories of relativity suggest that anything moving faster than light might move backward in time. In this case, though, any physical object moving at lightspeed would become infinitely massive. That means you’d need an infinite amount of energy to reach lightspeed — and even more to go faster.

A couple of decades ago, Stephen Hawking suggested that the universe doesn’t like time travel. He wrote that the laws of physics may stop anyone from ever building a time machine — keeping the past safe from its own future.

Even so, physics provides some tricks that allow travel to the future. We’ll have more about that tomorrow.