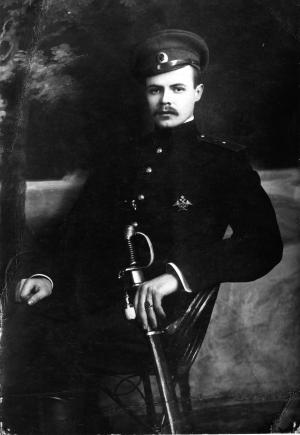 Few observatory directors have had as colorful a life as Otto Struve. By the time he was 24 years old, he’d survived having his horse shot from under him, had almost been hit by lightning, and almost starved as a war refugee.

Struve was born 125 years ago, in Ukraine — the fourth generation of an astronomical dynasty. He first accompanied his father to an observatory at age eight, and by 10 he was helping take observations.

In 1916, Struve joined the Russian army. He was sent to the Turkish front. His horse was shot from under him, and another bullet zipped through his coat sleeve.

Struve returned to his studies after the war. During the Russian revolution, though, he joined the White Army and fought against the communists. Afterward, he made his way to Turkey as a refugee. He spent a long, cold winter there, barely finding enough to eat.

In the spring, he went to Constantinople, where he got by with odd jobs. He was a lumberjack for a while, and was almost struck by lightning. By chance, Struve received a letter from the director of the University of Chicago’s Yerkes Observatory offering him a job. It took some doing, but Struve made his way to the U.S. in 1921.

Over the following decade, Struve worked his way up, becoming director of Yerkes in 1932. That same year, he also became the founding director of the brand-new McDonald Observatory in Texas — a new chapter in the colorful life of Otto Struve.