If you wanted to set up a base camp for exploring Earth, the south pole is about the last place you’d consider — it’s one of the toughest environments on the planet.

On the Moon, though, the south pole is one of the best locations. It can provide abundant sunshine, a narrower swing in temperatures, and even water.

That’s why NASA is considering the pole as the landing site for its first astronauts to visit the Moon in half a century. In particular, it’s looking at the rims of some deep craters.

One of these is Shackleton Crater, which nestles right next to the pole. The crater is about a dozen miles in diameter and two and a half miles deep. Some points on its rim see the Sun about 90 percent of the year, which makes them good spots for solar panels. And the temperature range isn’t as extreme as at most locations on the Moon.

Perhaps most important, most of the crater floor is in perpetual darkness — it never sees the Sun. That keeps the temperature at 300 degrees below zero or colder. As a result, frozen water may be mixed with the dirt there. The ice could provide drinking water, oxygen, and rocket fuel — everything you need to live on the surface of the Moon. 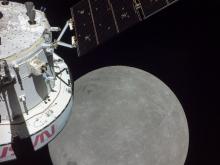 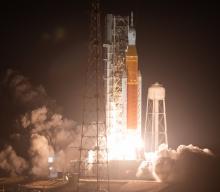