To the people of Cortland, New York, Lewis Swift was a bit of an oddball. Most nights, for a little while after sunset and before sunrise, the hardware merchant used a small telescope to scan the sky around the Sun. 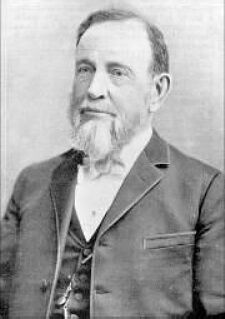 ough, his status changed from “oddball” to “celebrity.” That summer, Swift discovered a comet — one that went on to stage a great show. And today, the comet is better known as the parent of the Perseid meteor shower.

Swift was born on Leap Day of 1820 — 200 years ago tomorrow. At age 13, he fractured his hip in an accident. So for the next couple of years, he devoted more time to study than farm work. In 1850, he developed an interest in microscopes. And a few years later, he built his first telescope.

Swift became fascinated by comets after seeing a brilliant one in 1858. The comet was the topic of his first scientific paper.

When Swift first saw the comet of 1862, he wasn’t sure if it was new or one that had been seen before. A few days later, though, he heard that Horace Tuttle had reported the discovery of that same comet. Swift quickly reported his own observations, so the comet was named Swift-Tuttle in their honor.

After 1862, the comet disappeared from view for more than a century. Swift discovered several more comets, and eventually became a full-time astronomer. He studied everything from eclipses to galaxies — a career built on the discovery of a comet.