Mining for gold and other minerals is risky. Miners can never be sure if they’re going to get rich — or go bust.

If astronauts go mining on the Moon, they can’t afford to go bust. They’ll be prospecting for water — the key to survival on the lunar surface. So scientists and engineers are looking at possible ways to extract the most water with the least effort.

The water forms big deposits of ice at the lunar poles. They’re inside craters that never see sunlight. The ice could be melted for drinking water, and split apart to make hydrogen and oxygen for rocket fuel and oxygen to breathe.

NASA’s funding a couple of small studies of innovative ways to process the ice. One approach, for example, would put giant solar mirrors on the rims of the craters, where they’d be in perpetual sunlight. They’d reflect sunlight onto areas with known ice deposits. That would vaporize some of the ice below the surface. The water vapor would be captured as it rose to the surface.

Another study would use a similar approach. The energy would come from rovers on the crater floors. They’d beam microwaves and other forms of energy into the ice, then capture the vapor in tanks as it reached the surface.

Both studies are in their early stages — first steps toward ensuring successful mining on the surface of the Moon.

And the Moon is in the southwest early this evening. It pairs up with Venus, the brilliant “evening star” — a beautiful scene for a winter’s night. 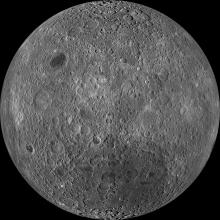 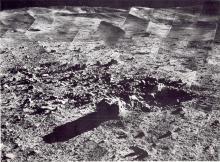