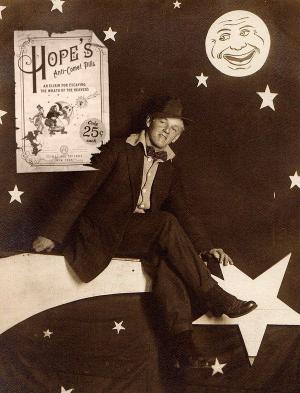 When Comet Halley passed close to Earth in 1910, some slick operators sold "comet pills" to protect the public from the comet's dangers. The comet wasn't dangerous, though, so the pills were a waste of money. People still promote apocalyptic visions of the heavens, none of which is true. [Wikipedia]

Every year or two, we see a scenario play out like this: A web site, book, or other source says that some cosmic catastrophe is about to befall Earth: an impact by a comet or asteroid, a close encounter with a rogue planet, or disasters caused by an alignment of planets and stars. NASA and others say the story isn’t true. People attack the denials, claiming that scientists are lying. The date passes — with no catastrophe. The cycle starts all over again.

Such rumors are nothing new. In 1910, people were scared that gases in the tail of Comet Halley would be lethal. They bought gas masks and “comet pills” to protect themselves.

But the Internet and social media have made the problem worse. In 2011 and 2013, for example, campaigns predicted that comets headed toward the Sun would smash into Earth. And just this year, a headline in a British tabloid warned of danger from an “apocalypse” asteroid.

One popular subject is Nibiru, a supposed planet or brown dwarf in the outer solar system. Stories frequently predict that it will hurtle into the inner solar system. The stories say that it’ll either hit Earth, or pass so close that it’ll cause monster earthquakes, volcanic eruptions, and other problems.

All of the rumors are just that. Nibiru doesn’t exist. No known asteroid or comet is on a collision course. And planetary alignments happen all the time — beautiful displays that are no threat at all.