Venus is returning to view — as the brilliant “morning star.” It’s quite low in the east as twilight paints the dawn sky. It’s so bright, though, that, if you have a clear horizon, it should be easy to spot. And right now, the crescent Moon points the way. Venus will be below the Moon tomorrow, and closer to the right of the Moon on Tuesday.

Over the last 40 years, several spacecraft have orbited Venus. And they’ve found something odd: The length of Venus’s day has appeared to vary by several minutes. When you consider that a Venusian day lasts 243 Earth days, that’s not much. But it’s still a puzzler.

Observations by the most recent Venus orbiter have suggested an explanation: The atmosphere may push on mountain ranges near the equator, speeding up or slowing down Venus’s rotation.

Scientists developed that scenario based on observations by Akatsuki. The Japanese craft has orbited the planet for three years — more than four Venus days. Each afternoon, it’s seen a big wave develop over mountains near the equator. The waves move at a different speed from the rest of the upper atmosphere.

Simulations showed that the waves could be caused as the air warms a bit in the afternoon. That would allow the flow of the dense, heavy atmosphere to crest the mountains and climb high into the sky. The transfer of energy between the atmosphere and the solid planet could change Venus’s rotation rate — altering the length of its day. 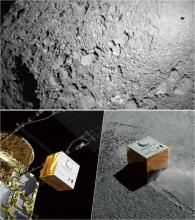