In the Sky This Month

The cold February evenings offer some of the About an hour after sunset brightest stars in the entire night sky. Sirius, the brightest of them all, climbs across the south, trailing below and behind beautiful Orion. Taurus, the bull, looks down on them. From the southern United States the second-brightest star, Canopus, huddles below Sirius. The brilliant planets Venus and Jupiter creep toward each other throughout the month, and appear to almost touch by the last night of February. Mars continues its fading act; it will shine just half as bright at the end of the month as at the beginning, and will set a good bit earlier.

Faint Camelopardalis, the giraffe, is high in the north during the evening hours, but you need help to find it. It stands between the conspicuous stars Polaris, the pole star, and Capella, a bright yellow star in the constellation Auriga.

The constellation Puppis scoots low across the south on winter evenings. It is below Sirius, the brightest star in the night sky. Puppis represents the deck at the back of the Argo, the ship that carried Jason and the Argonauts.

To find Monoceros, the unicorn, first find Orion, which is in the south in early evening. Sirius, the brightest star in the night sky, is below Orion, with fainter Procyon farther to the lower left. The unicorn fills the space between these bright lights.

Beta Monocerotis is one of the most beautiful star systems in the heavens: three blue-white points of light that make a skinny triangle. It’s in the southeast at nightfall. It’s the brightest star of Monoceros, the unicorn, but you need dark skies to see it.

Spica, the brightest star of Virgo, is especially easy to spot tonight. It’s quite close to the Moon as they climb into good view, shortly before midnight. Spica actually consists of two giant stars locked in a tight orbit.

The Crab Nebula stands high overhead in mid-evening. Small telescopes reveal a fuzzy blob of light with bright filaments that resemble the outline of a crab. The nebula is the debris from a once-mighty star that blasted itself to bits.

The closest black hole yet seen is just 1,560 light-years away, in Ophiuchus the serpent bearer. It’s in the southeast at first light, to the upper left of the Moon. Although the black hole has a companion star, the systm is too faint to see without a telescope. 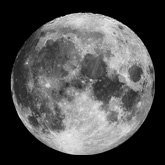 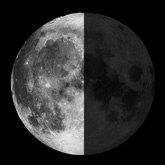 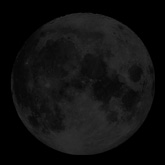 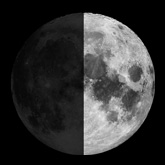 The full Moon of February is known as the Snow Moon, Wolf Moon, or Hunger Moon.

In the Sky This Month | StarDate Online