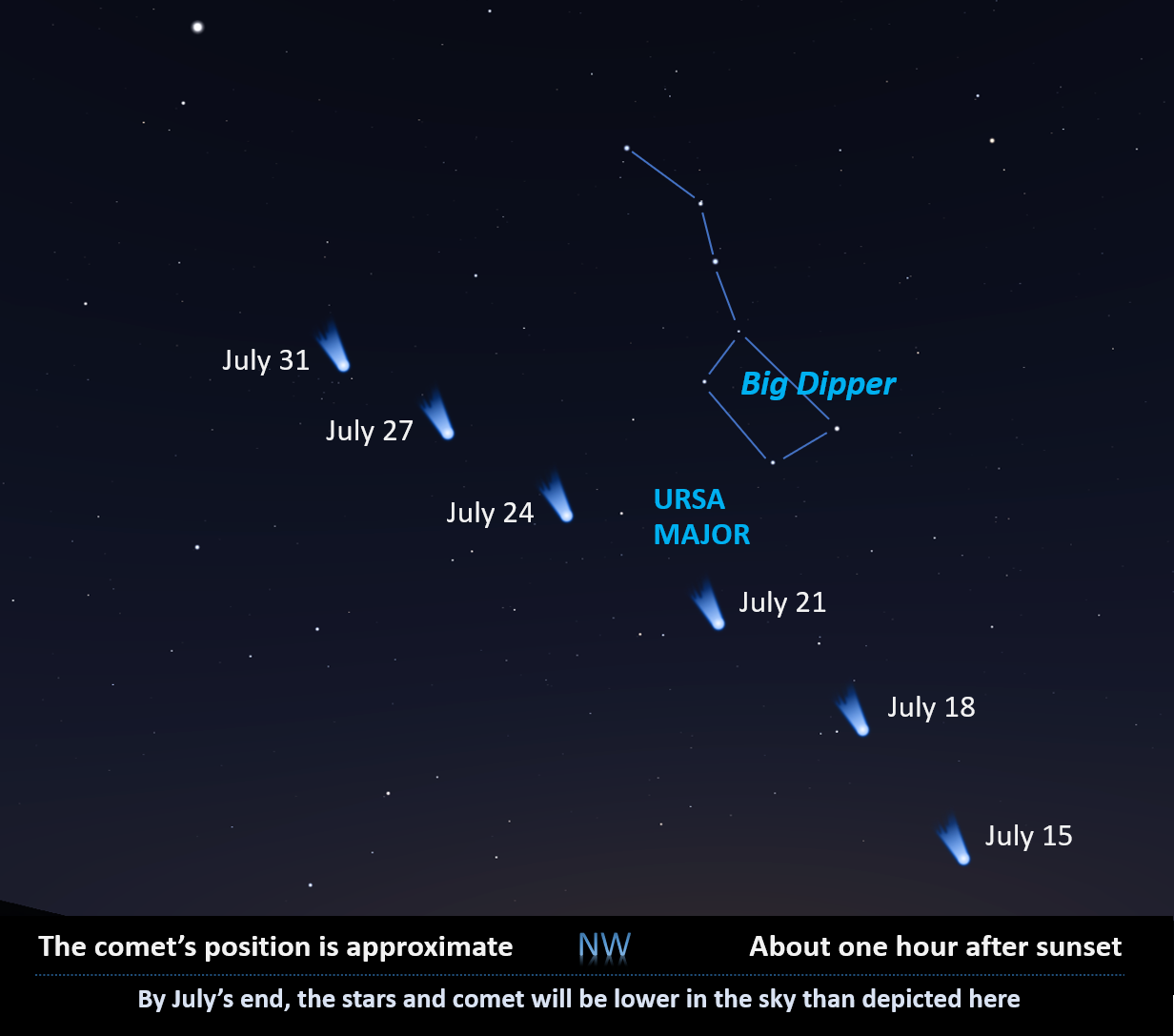 A comet that survived its plunge around the Sun is ready to move from the dawn sky to the early evening sky. It is visible through binoculars, and observers say it can be seen with the eye alone if the sky is dark enough.

Comet F3 NEOWISE was discovered on March 27 by a NASA spacecraft. It passed closest to the Sun on July 3, at a distance of about 26.7 million miles (43 million km). Under the Sun’s intense heat, many comets disintegrate during such close passes. (That happened to two comets earlier this year that were forecast to become naked-eye objects.) NEOWISE, however, has survived and is moving away from the Sun. 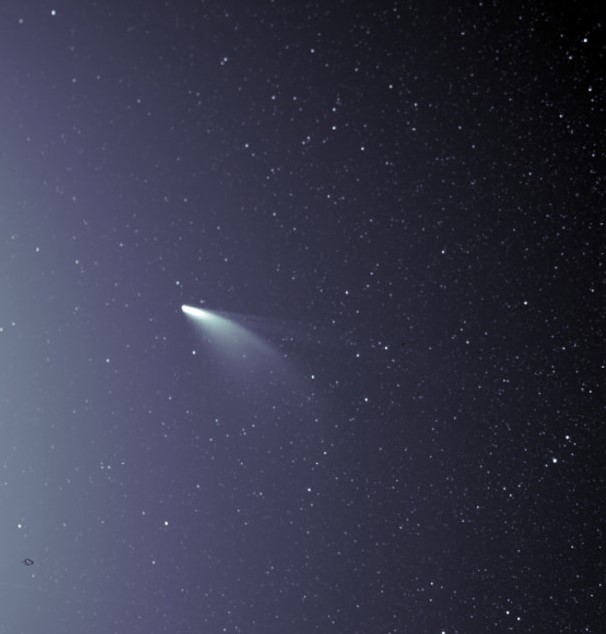 View of NeoWise from Parker Solar Probe, a spacecraft that is passing especially close to the Sun. It will pass closest to Earth on July 23, at a distance of 64 million miles (103 million km). The comet will appear in the early morning sky in early July, quite low in the northeast about 45 minutes before sunrise. Although it is bright, the dawn twilight makes the comet difficult to spot. By the latter half of the month the comet will move into the early evening sky, quite low in the northwest shortly after sunset. It will pass below the Big Dipper during the month.

F3 NEOWISE will disappear from sight in a few weeks as it moves away from the Sun. It won’t return to the inner solar system for another 6,766 years.

Check back for additional updates!

Listen to StarDate radio July bonus: A bright comet in the evening sky 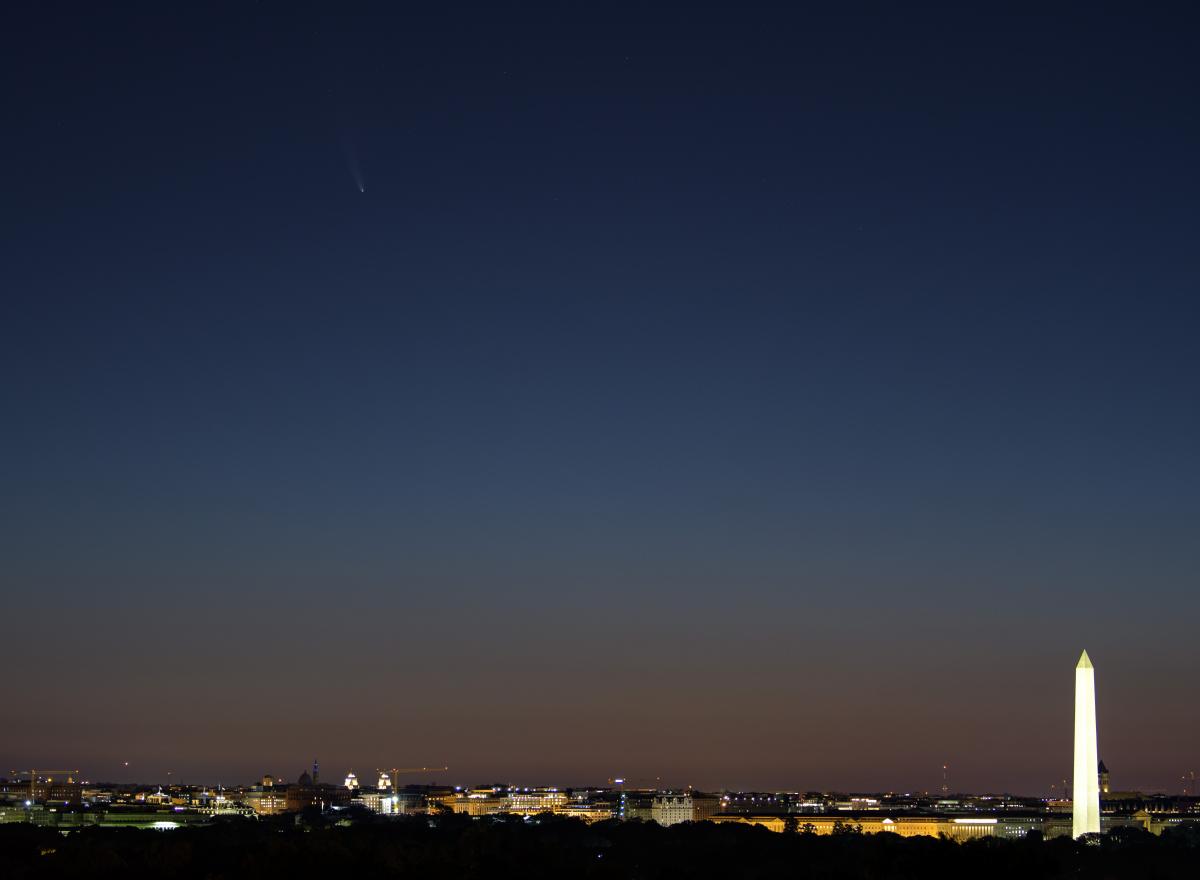