A supernova is a violent stellar explosion that can shine as brightly as an entire galaxy of billions of normal stars. Astronomers divide supernovae into two primary groups: Type Ia and Type II. Type Ia supernovae form as a white dwarf “steals” hot gas from a companion star. If enough gas piles up on the surface of the white dwarf, a runaway thermonuclear explosion blasts the star to bits, leaving nothing behind. These are the brightest supernovae, and can be used to measure the distances to other galaxies. A Type II supernova is the final stage in the evolution of a star that is at least eight times as massive as the Sun. Such a star reaches a point where it can no longer produce nuclear energy in its core. Without the outward pressure created by this energy, gravity wins out and causes the star’s core to collapse to form a neutron star or black hole. The star’s outer layers “rebound” violently, blasting into space at several percent of the speed of light.

Counting down the days for a supergiant January 11, 2023

Moon and the Scorpion

Doomed stars in the scorpion September 30, 2022

Making a planet a good home for life September 2, 2022

A brilliant demise for a bright star February 23, 2022

Predicting the demise of stars January 26, 2022

Rippling across the galaxy February 22, 2021

A bright star with a brighter future November 22, 2019

Hopping after the celestial rabbit February 3, 2019

Zapping the neighbors with energy July 16, 2018

Different fates for stellar siblings May 8, 2017 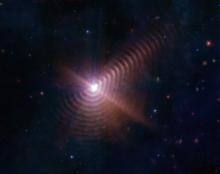 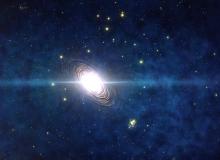 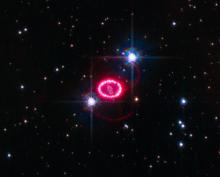 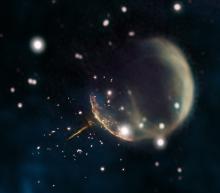 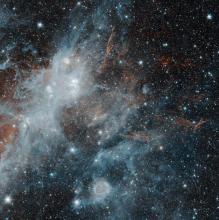 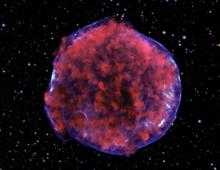 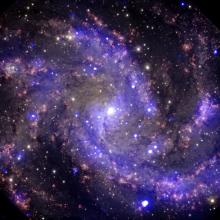 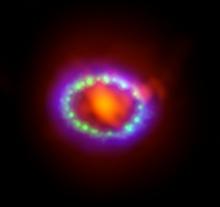