After 76 years of glory, the small ball of rock and ice known as Pluto was relegated to the solar system backwaters in 2006 when astronomers dropped it from the list of major planets. Instead, it's simply the most famous member of the Kuiper Belt, a broad doughnut-shaped ring of objects that extends outward from just inside the orbit of Neptune, the most distant planet. 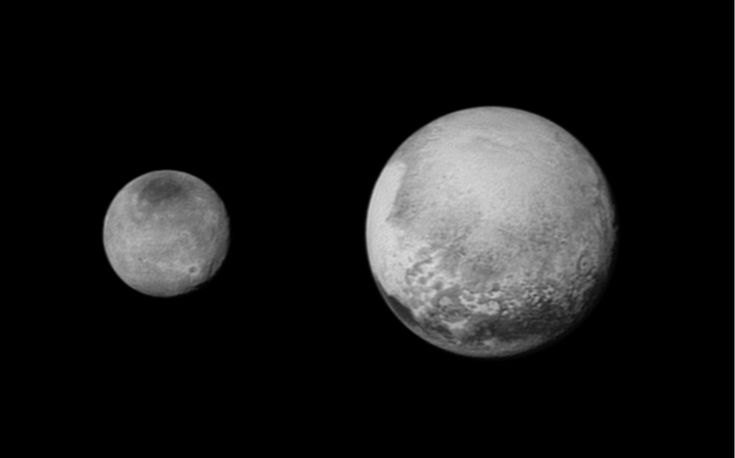 Because it is so far from the Sun, astronomers had a hard time measuring Pluto's size. They finally got it right in the 1980s, after James Christy discovered a companion object. By watching Pluto and the companion, named Charon, eclipse each other, they measured Pluto's diameter at about 1,400 miles -- about one-third less than the diameter of Earth's Moon.

Pluto is basically a ball of frozen nitrogen, methane, and carbon dioxide wrapped around a small core of rock. On average, it's farther from the Sun than any other of the major planets, so its surface is bitterly cold.

When it passes closest to the Sun, as it last did in 1989, some of its surface ice vaporizes, giving Pluto a thin, cold atmosphere of nitrogen and methane. As the planet retreats from the Sun, though, the atmosphere should freeze and fall to the surface as fresh ice.

The atmosphere vaporizes and refreezes because Pluto follows a highly elliptical orbit, so its distance from the Sun varies by almost two billion miles. That odd orbit led to a lively discussion about Pluto's origin and even its classification. Its orbital path lies within the Kuiper Belt, a region that encircles the realm of the planets. The belt may contain millions of balls of rock and ice that are similar to Pluto, including many that are almost as big -- and a few that may be even bigger. 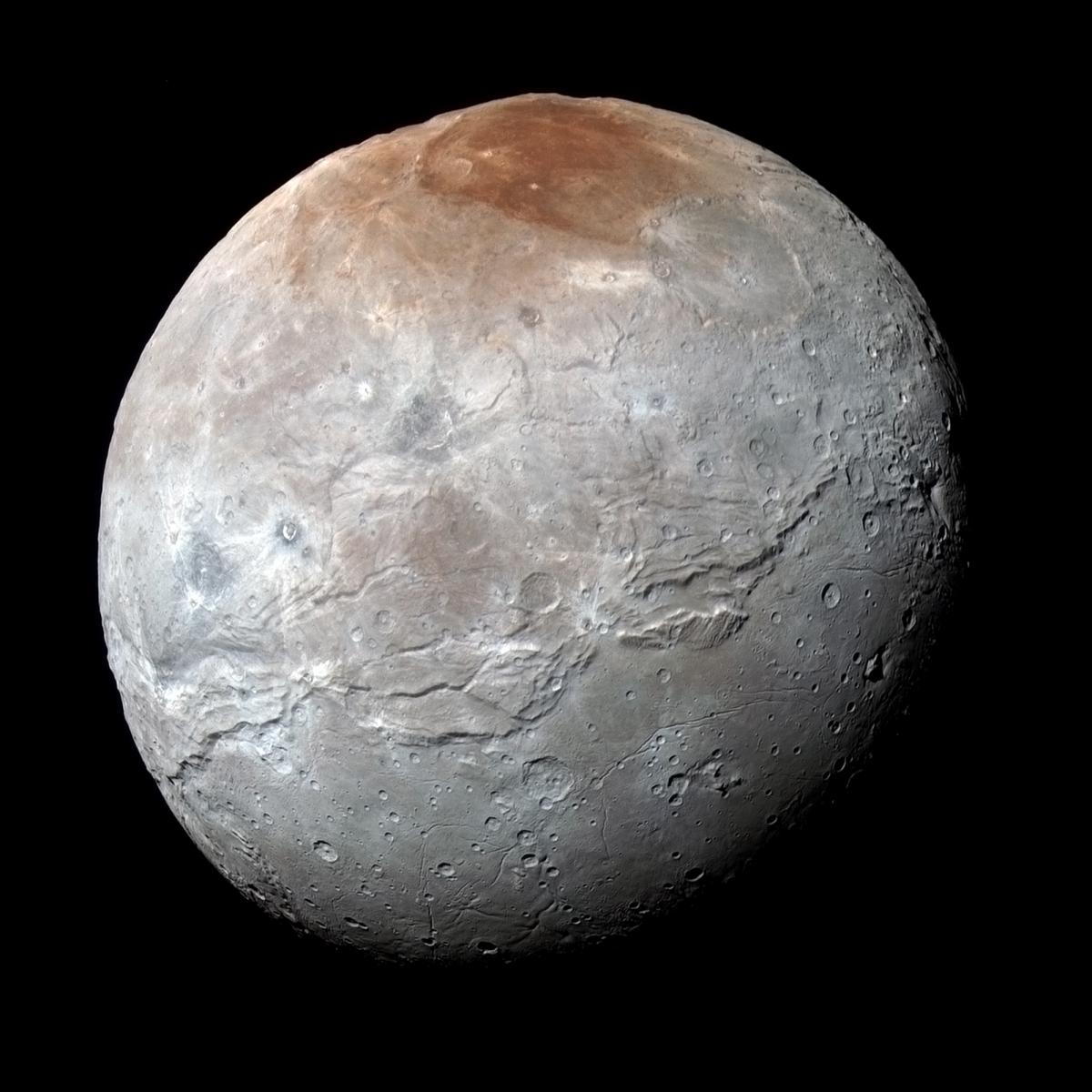 New Horizons view of CharonAstronomers have detected frozen water on the surface of Charon, which is different from the composition of Pluto. That suggests that Charon formed from the debris from a collision between Pluto and another large body, which may be the same process that gave birth to Earth's moon.

NASA's New Horizons mission became the first spacecraft to visit Pluto when it skimmed past the dwarf planet on July 14, 2015. The craft photographed Pluto and its five known moons, measured the surface composition of Pluto and Charon, and made many other observations.