The prototype “dwarf planet,” Pluto orbits the Sun at an average distance of 39.5 times the distance between Earth and Sun. Pluto has a mass 0.002 times the mass of Earth and a radius 0.18 times the radius of Earth. It is a small body made of water ice, and temperatures there do not rise above minus-223 degrees Centigrade. Pluto has five known moons. Discovered in 1930, it originally was classified as a planet, but was demoted in 2006.

Remnants from the Beginning 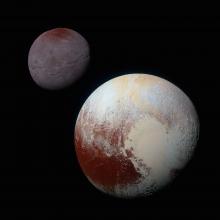 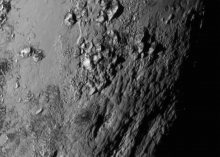 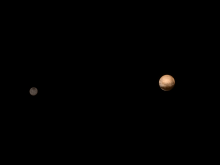 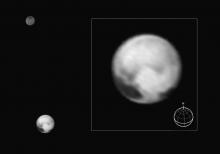 Pluto may be losing its atmosphere February 3, 2021