The fourth planet from the Sun in the solar system. Mars orbits the Sun at an average distance of 1.52 AU. The planet has a mass 0.1 times the mass of Earth and a radius 0.5 times the radius of Earth. It is made of solid, rocky material, and has a thin atmosphere of carbon dioxide. Iron oxide, or rust, on the surface of Mars gives it its characteristic red color. The planet has bright polar ice caps made of frozen water and carbon dioxide. Mars also has two small moons, Phobos and Deimos. 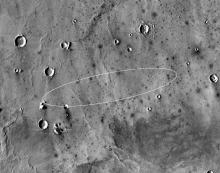 High and Low on Mars 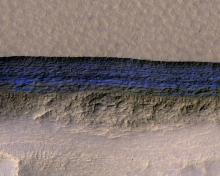 A Day on Mars 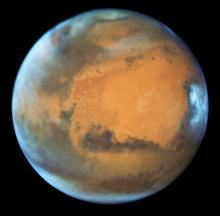 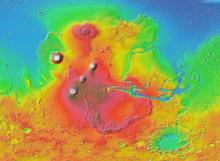