A British astronomer who calculated that comets follow elongated orbits around the Sun — orbits that sometimes bring them back into view from Earth. Halley calculated that one comet had visited the inner solar system several times and predicted that it would return in 1758. When it did (many years after Halley’s death), astronomers named it Halley’s Comet in his honor. 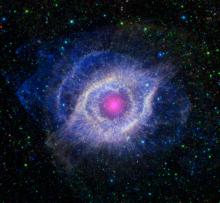