The history of the universe is depicted in this diagram, which begins with the Big Bang at the far left and ends with the present-day universe at right. The imprint of the Big Bang was left at 380,000 years, when the universe became thin and cool enough for particles to stick together to form atoms. The earliest stars yet seen formed about 180 million years after the Big Bang. Since then, galaxies have continued to form and spread out as the univere expands as the result of the Big Bang and dark energy, which increases the rate of acceleration. [N.R. Fuller/NSF] 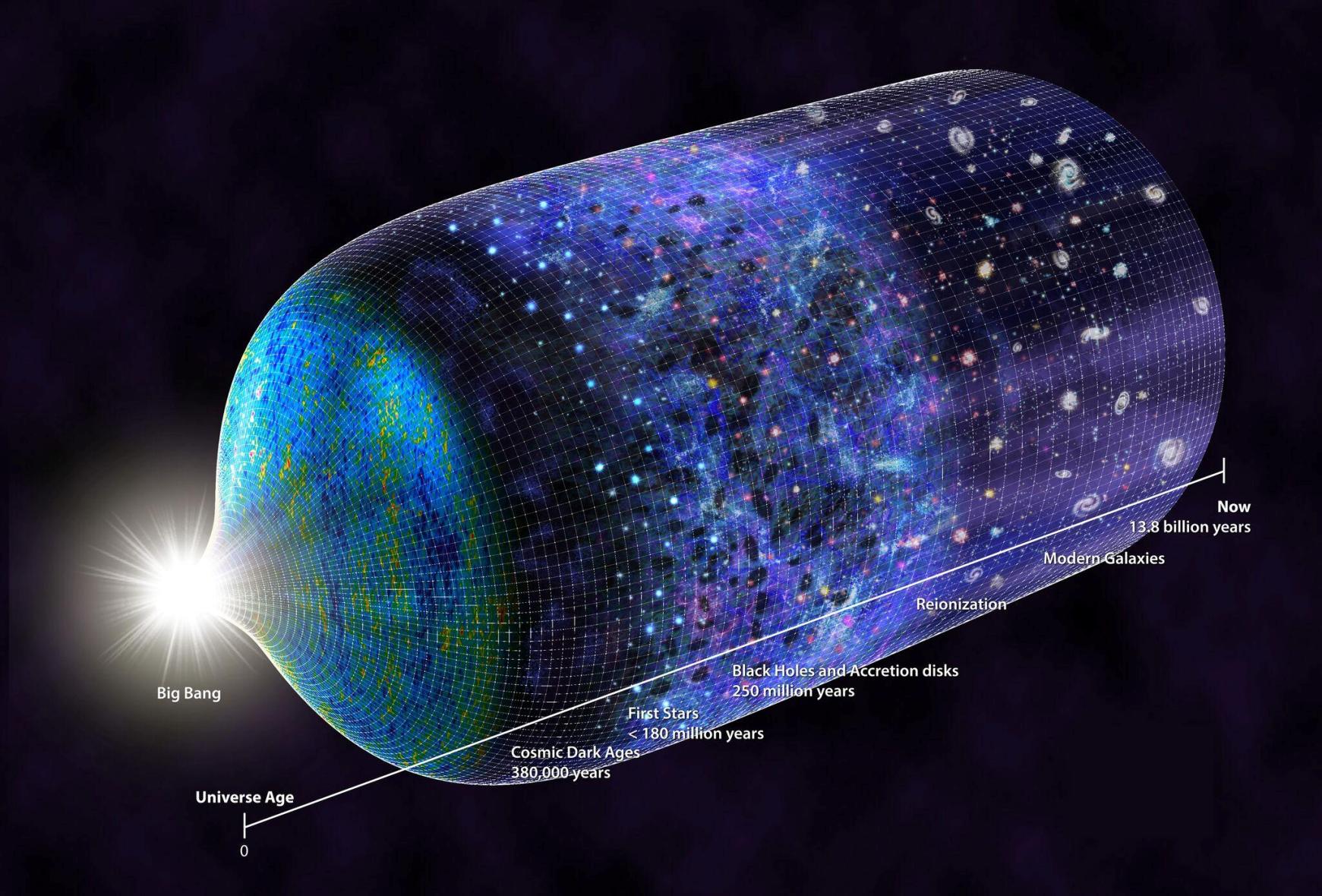