A massive star in the early universe explodes in this artist's concept. It's a type of star that astronomers have not yet seen, although their models of how stars are born predict their existence. Such stars would be hundreds of times the mass of the Sun, shine millions of times brighter, and die in just a few million years in a rare type of supernova. A recent study did find evidence of the aftermath of such a stellar explosion in clouds of gas and dust in a galaxy that we see when the universe was just a few percent of its current age. The image also depicts many similar stars around the supernova, awaiting their own brilliant demise. [NOIRLab/NSF/AURA/J. da Silva/Spaceengine] 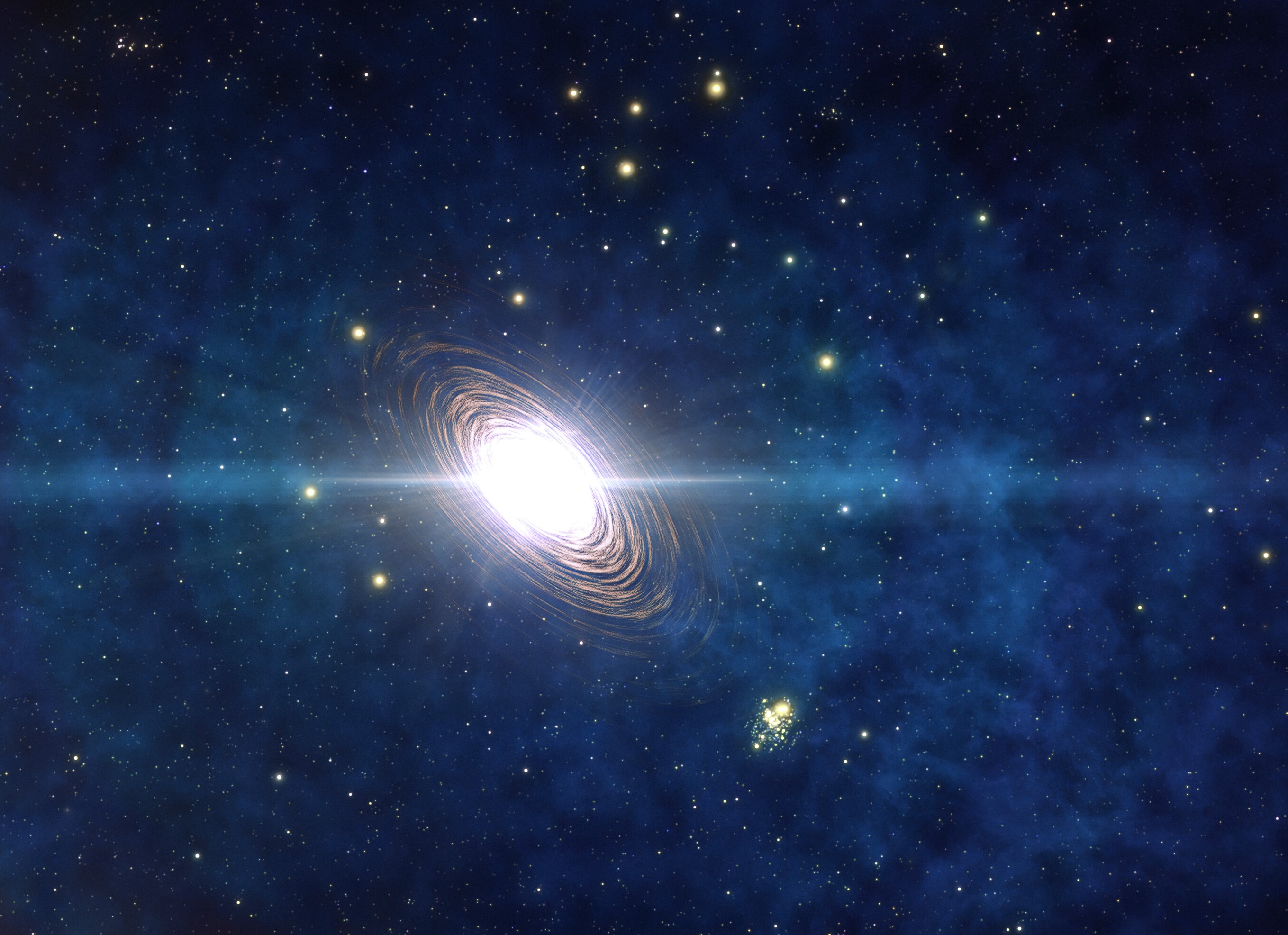