A young Jupiter-like planet orbits far from its star in this artist's concept. McDonald Observatory astronomers are looking for similar planets in about 200 star systems. Such a giant planet may move closer to its star when it is young, perhaps forcing Earth-like worlds to fall into the star. How frequently such giant planets occur will help scientists understand how likely it is that Earth-like worlds survive the process of planet formation. [NASA/JPL] 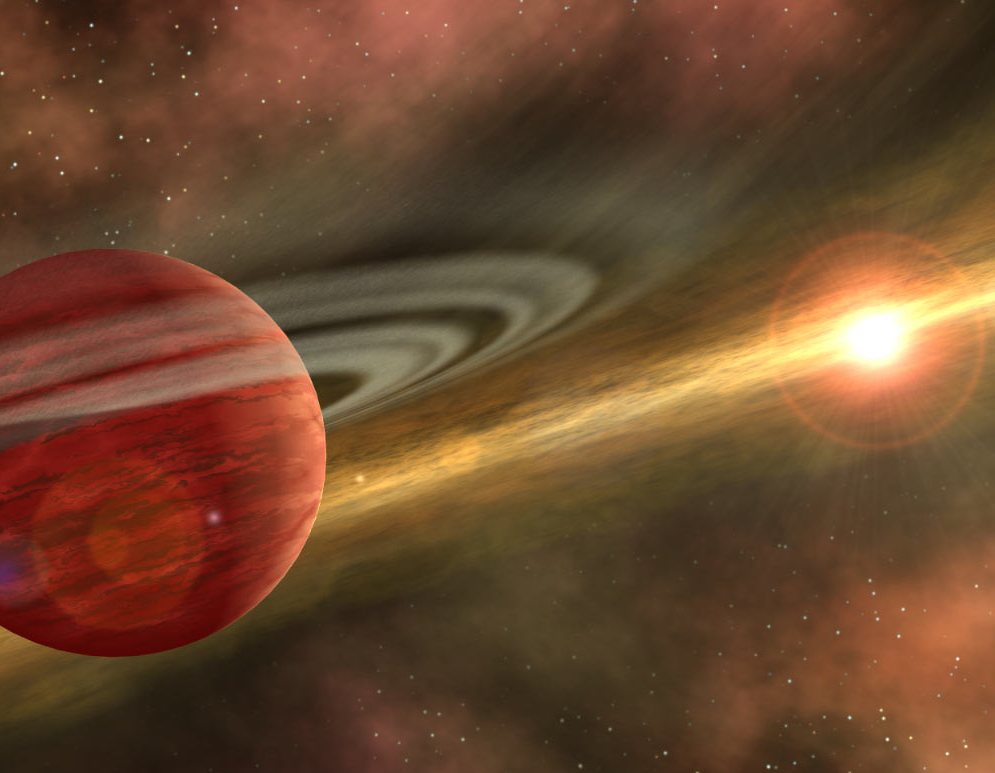