A new image from Kitt Peak National Observatory shows the full glory of the spiral galaxy Messier 106. Its disk has been warped by the gravity of a supermassive black hole at its heart, which has launched jets of charged particles away from the galaxy's disk (red streamers). Bright red and pink knots are busy stellar nurseries, which are giving birth to thousands of new stars. The galaxy is more than 20 million light-years from Earth, in the contellation Canes Venatici, the hunting dogs, and its diameter is similar to that of our home galaxy, the Milky Way. Two dwarf galaxies inhabit the corners of the image, UGC 7356 at lower left and NGC 4248 at lower right. Many other galaxies lie in the distant background. [KPNO/NOIRLab/NSF/AURA; Acknowledgment: M.T. Patterson (New Mexico State)] 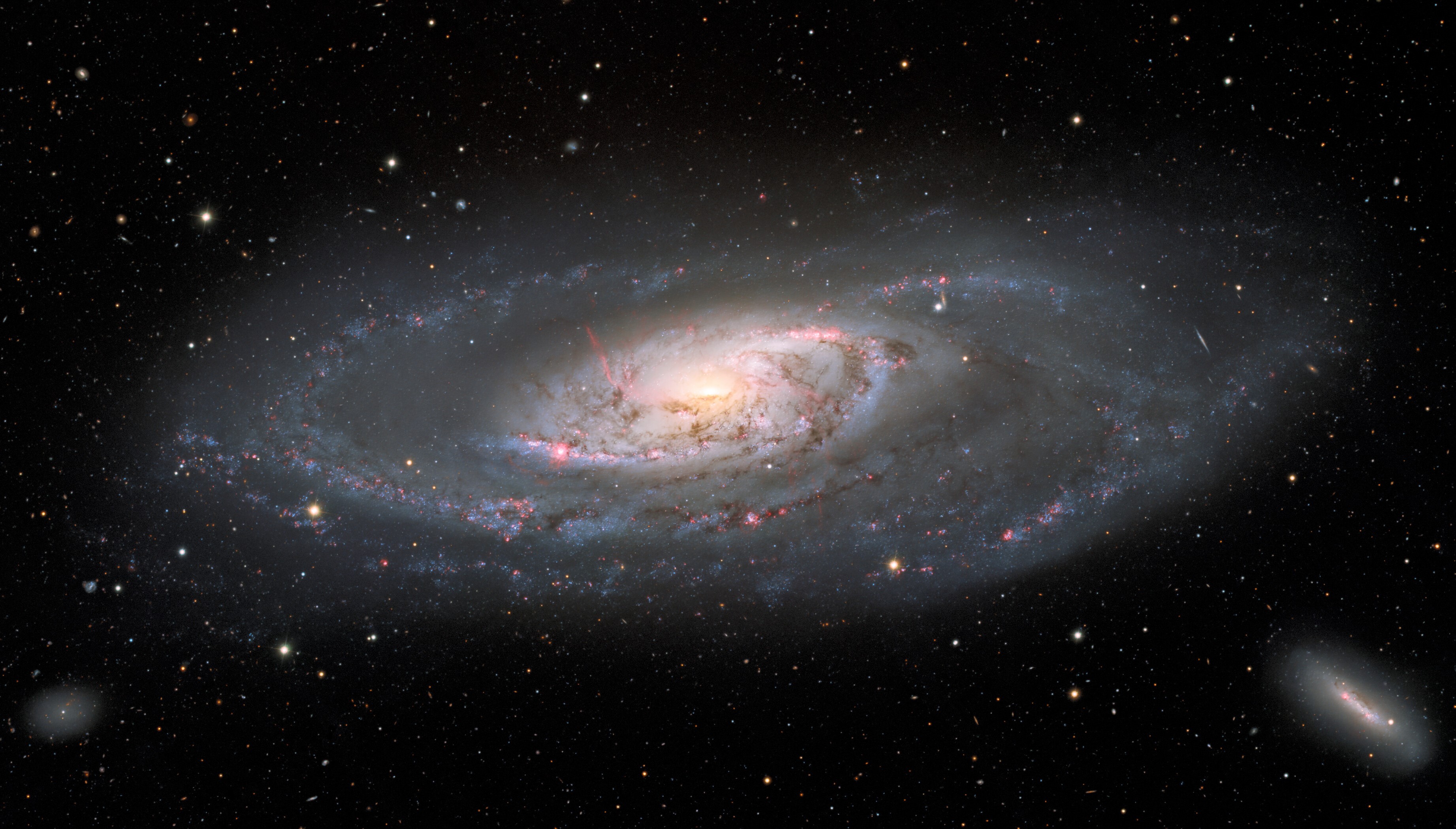