Thousands of young stars and brilliant stellar nurseries blaze in this Hubble Space Telescope view of NGC 4449, a small but busy galaxy about 12 million light-years away. Although it's only a fraction the size and mass of our home galaxy, the Milky Way, its rate of star formation is much greater. Hot, young stars in the galaxy, along with the exploding stars known as supernovae, produce a strong "wind" that blows into intergalactic space. Recent research, though, shows that the wind isn't as strong as expected. [NASA/ESA/A. Aloisi (STScI/ESA)/Hubble Heritage (STScI/AURA) ESA-Hubble Collaboration]

Find out more in our radio program entitled
‘Windy’ Galaxies 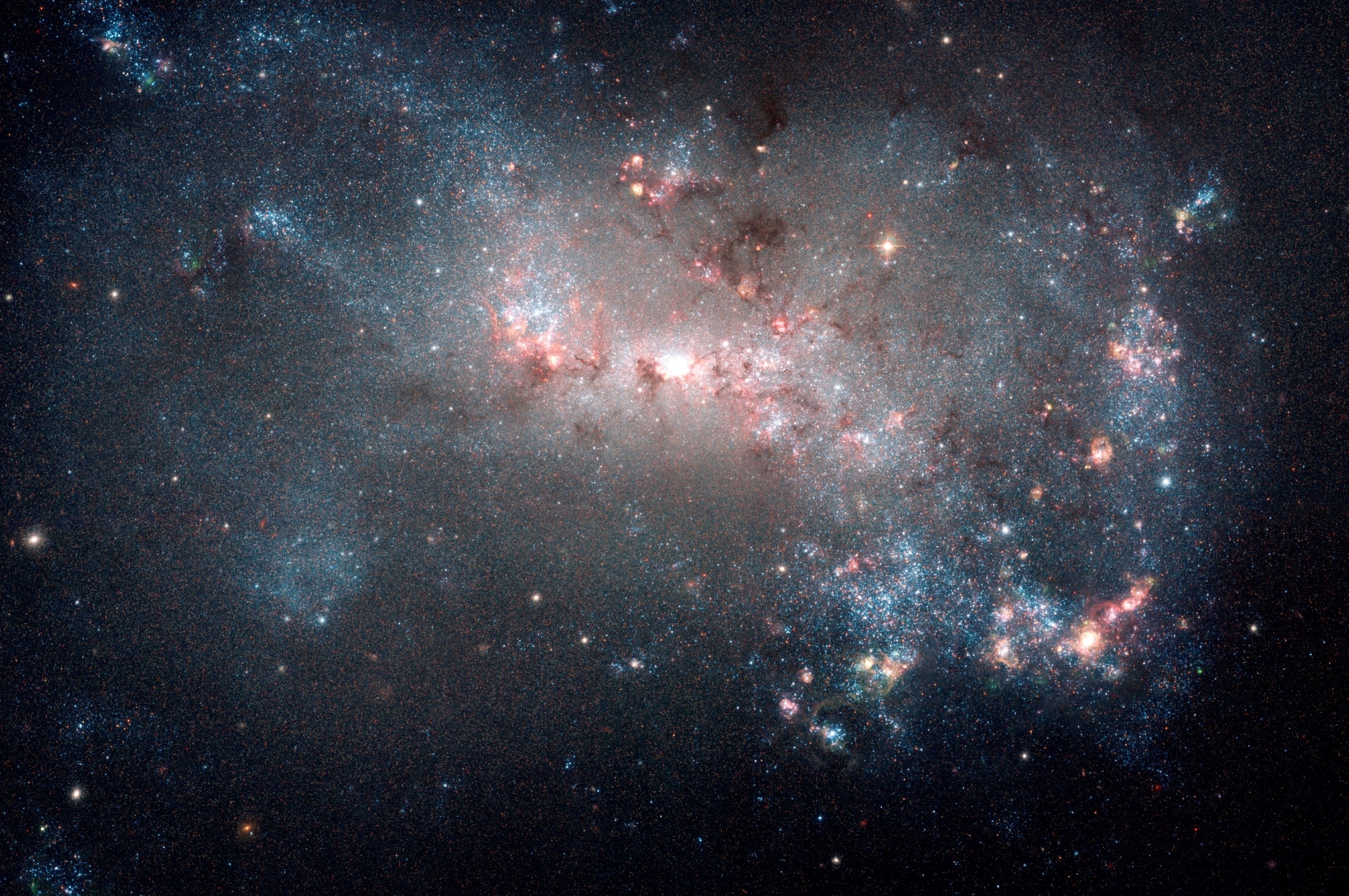