Strong "winds" of charged particles blow from the center of a spiral galaxy in this artist's concept. The image depicts a spiral galaxy, known as IRAS17020+4544, that is 800 million light-years from Earth. The galaxy is similar to our own, the Milky Way. A black hole roughly six million times heavier than the Sun sits at the center of the galaxy. It pulls in gas and dust, forming a glowing disk around the black hole. This material gets so hot that it produces winds that blow about about one-tenth of the speed of light. These winds may disrupt the birth of new stars in the galaxy's central regions. [ESA] 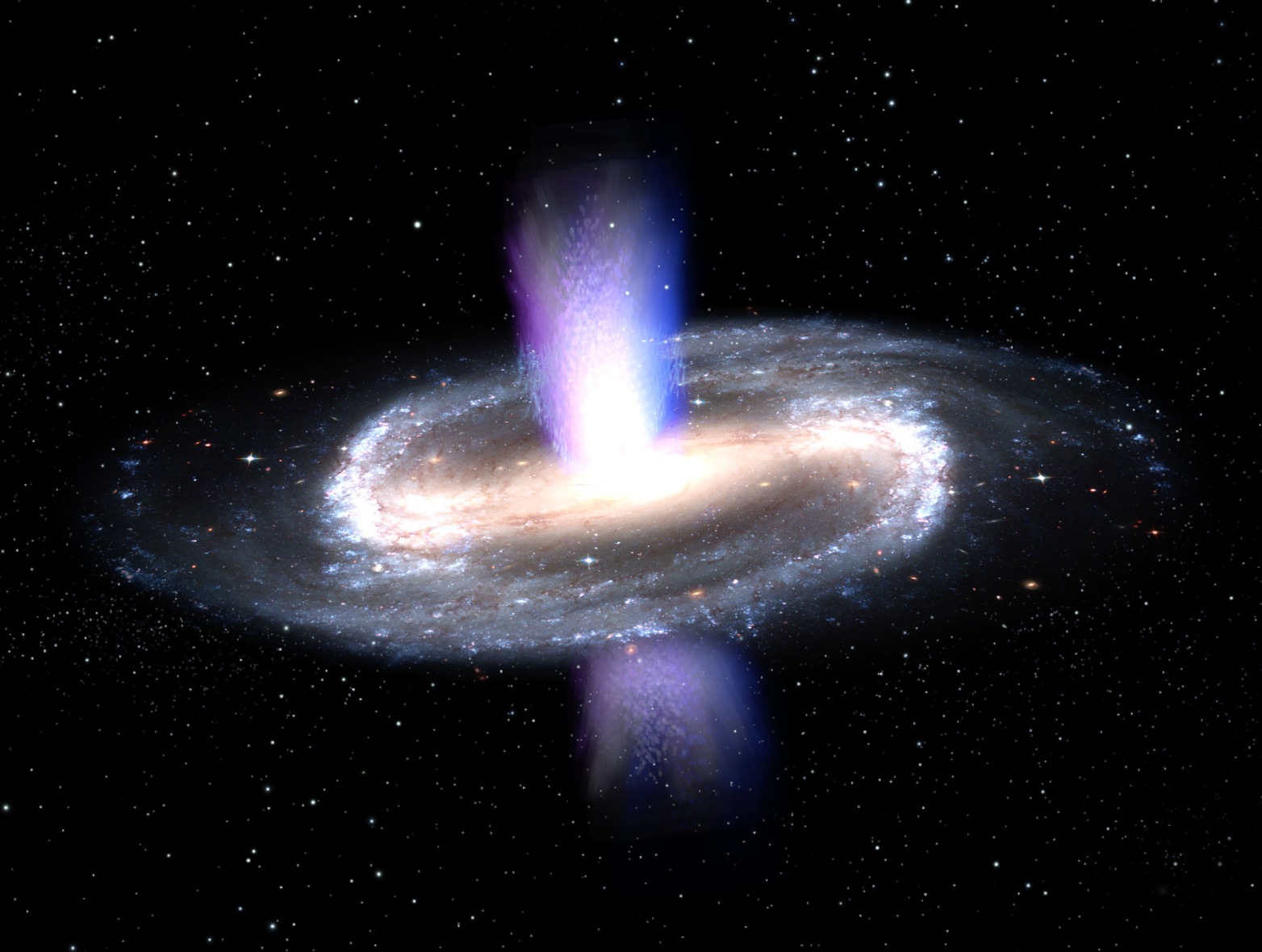