Hubble Space Telescope has discovered possible plumes of water vapor erupting from near the south pole of Europa, one of the large moons of Jupiter. This composite image shows Europa as seen by the Galileo and Voyager spacecraft, with the water plumes, seen by Hubble, extending from the lower left edge. Europa hosts a global ocean below its icy crust. Hubble had discovered evidence of water vapor around Europa in the past, but this is the first detection of plumes of water erupting into space. The plumes extend up to 125 miles (200 km) above the icy moon, which is about the same size as Earth's moon. [NASA/ESA/W. Sparks (STScI)/USGS Astrogeology Science Center] 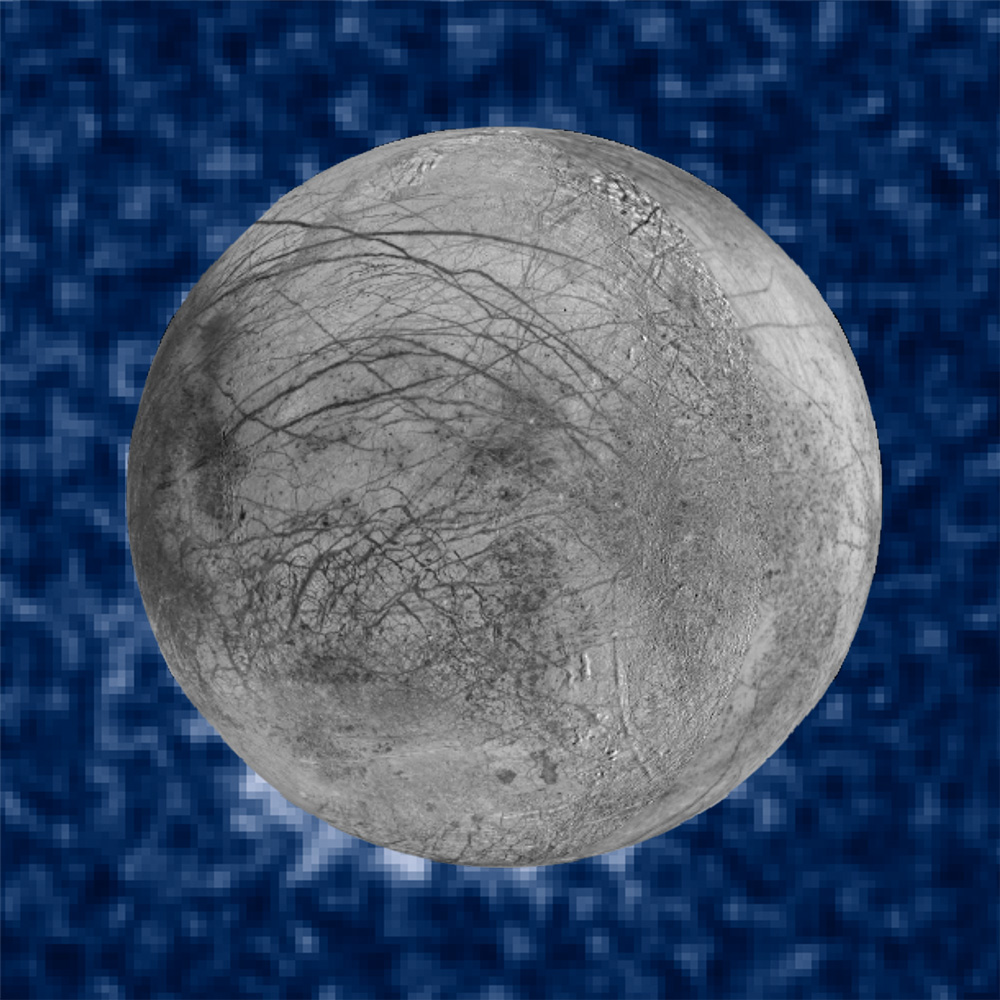