The giant planet Jupiter looms above its moon Europa in this artist's concept. Europa's surface is made mainly of frozen water. A deep ocean of liquid water lies below the icy crust. Two other Jovian moons also appear to have sub-surface oceans, while water is abundant in Jupiter's atmosphere, forming giant clouds with powerful thunderstorms. [NASA/JPL/Caltech] 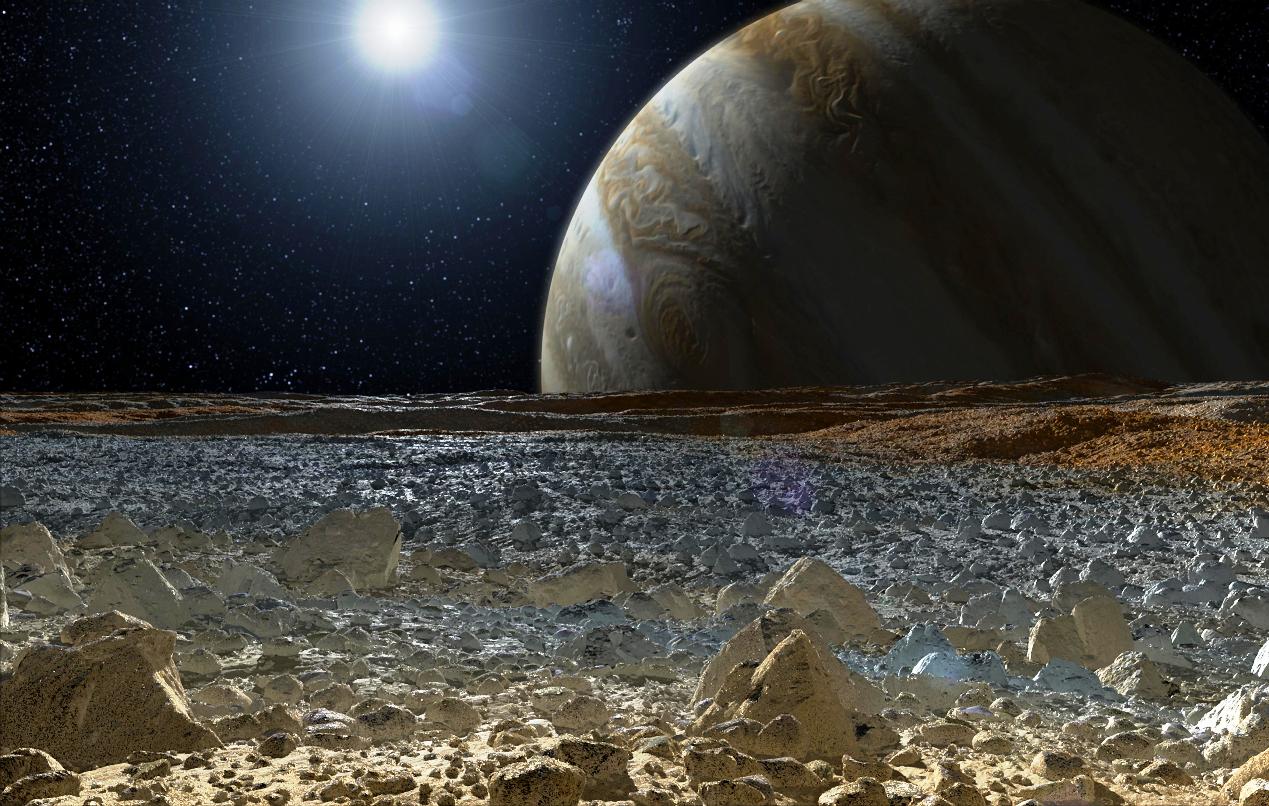