A Japanese pilot recorded this picture of the early stages of the attack on the American naval base at Pearl Harbor, Hawaii, on December 7, 1941. The United States declared war the following day. Astronomy contributed to the war effort, with astronomers teaching celestial navigation, designing optics for bomb sights, and working on radar and other technologies. Observatories drastically scaled back their research during the war, although many, including McDonald Observatory, carried on with limited staffs and materials. [U.S. Navy/Wikipedia] 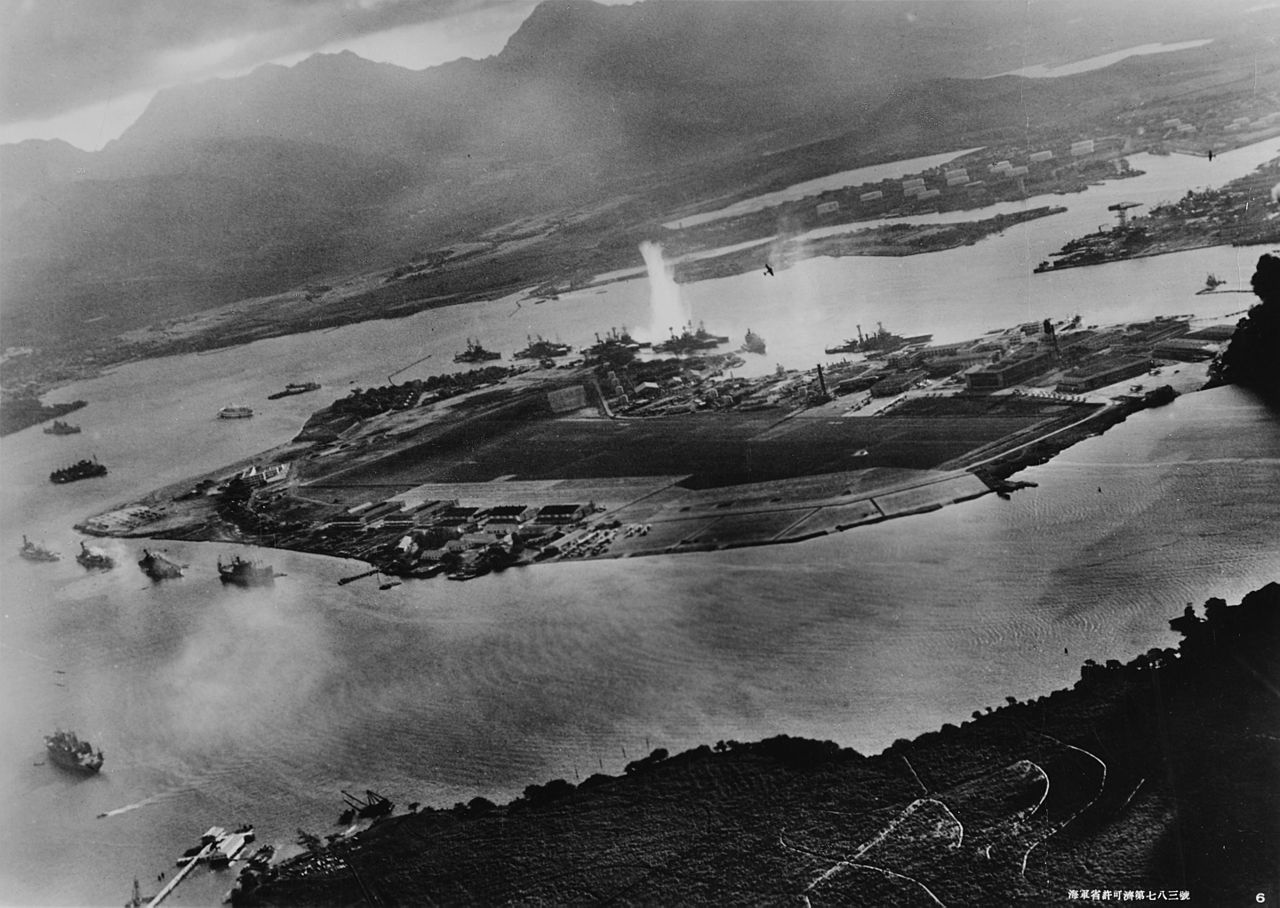 Off to War | StarDate Online