Clouds stream around several of the giant volcanoes of the Tharsis region on Mars in this 2000 image. The largest, Olympus Mons, at upper left, is larger than any volcano on Earth. A recent study, however, found that hundreds or even thousands of small volcanoes and volcanic vents in the region could have added as much molten lava to the surface as the big volcanoes. [NASA/JPL/MSSS]

Find out more in our radio program entitled
Venus and Mars 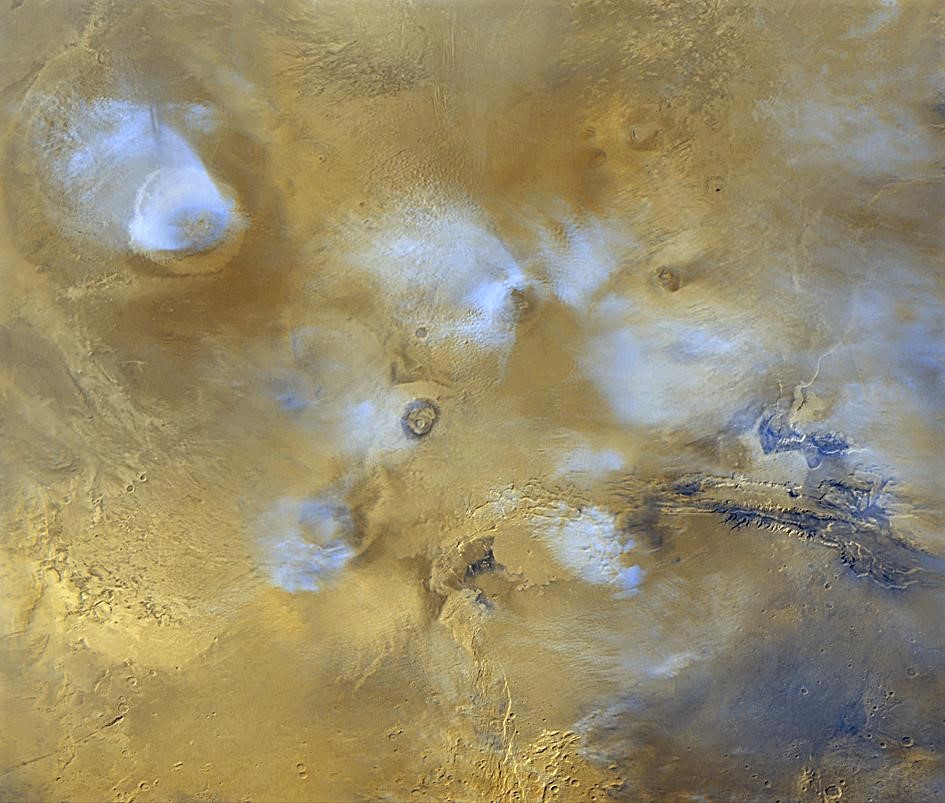