The volcanic moon Io swings in front of Jupiter in this false-color 2007 view from the New Horizons spacecraft. Io is the most volcanically active body in the solar system (a volcanic eruption is visible as a blue haze at the top of Io's disk). Some of the eruptions are so powerful that they blast charged particles into space, where they form a thick ring around Jupiter. The ring is the most intense region of Jupiter's powerful radiation belts. This image was shot at infrared wavelengths, so the Great Red Spot (oval at lower left on Jupiter) looks blue-white. [NASA/JHUAPL/SWRI/GSFC] 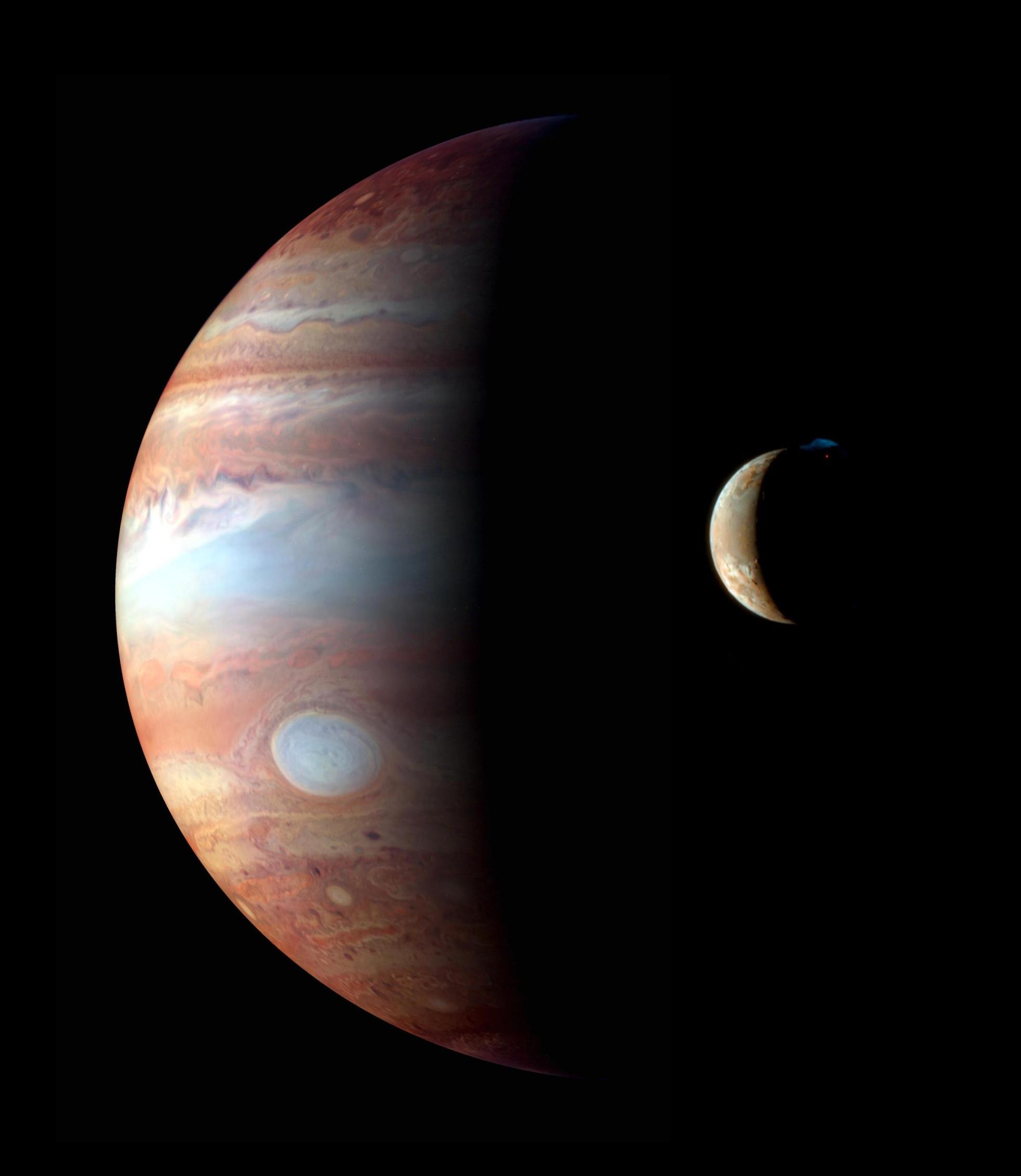